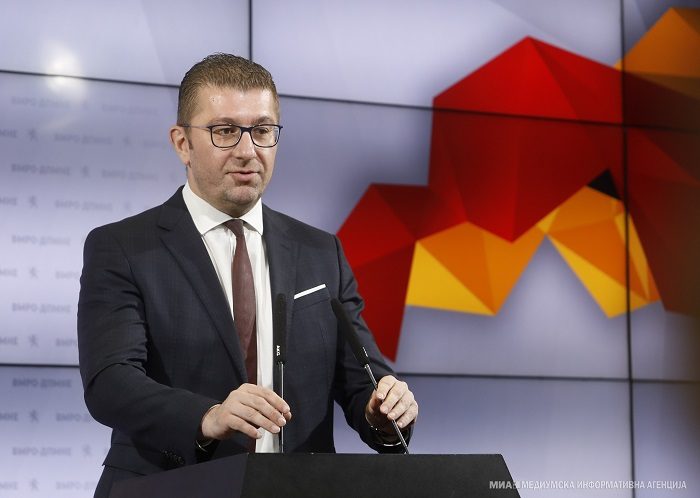 The Association of Journalists of Macedonia condemns the post of the President of VMRO-DPMNE, Kristijan Mickoski in which he inappropriately described the journalists and editors of 1TV and their work. On his Facebook profile, he accused journalists of being biased and being paid suspiciously.

“We remind Mickoski that the work of the media and journalists can be evaluated only by the public and professional journalistic associations, and such lump-sum evaluations, especially by political officials, only contribute to reducing public’s trust in the media. In addition, Mickoski violates the principle of presumption of innocence given that the case is under investigation, and media reports have no indication that the journalists of this TV station were involved in it”, said AJM in the reaction.

AJM appealed the leaders of the two main political parties SDSM and VMRO-DPMNE and other politicians as well, to stop spreading qualifications for journalists as this is not in the spirit of European values and in the long run can only have negative consequences for freedom of expression.

“AJM will alert the international community about this trend of politically motivated smear campaigns against journalists, since if any of our colleagues were to be attacked more seriously, it would be our politician’s responsibility.”