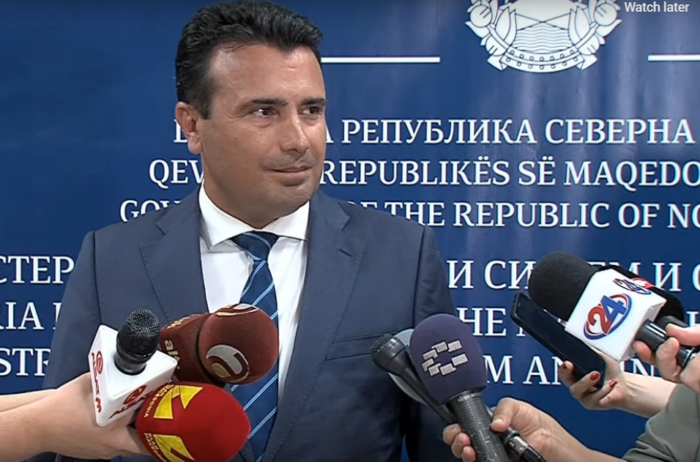 SKOPJE, 14.08.2019 – The Association of Journalists of Macedonia strongly condemns yesterday’s statement of Prime Minister Zoran Zaev, in which he said he would not allow any vanity journalist to delegitimize this government and he will fight against that. Such aggressive speech towards journalists can incite violence against our colleagues, and it can further jeopardize their security and restrict the freedom of expression.

We call on the Prime Minister Zoran Zaev to apologize to the journalists immediately, and above all to our colleague Branko Geroski if this statement was addressed to him, and to refrain from such discrediting of journalists in the future.

As President of the ruling party and the Government Zaev needs to show that he can deal with the criticism by the journalists, and thus set an example for other members of the Government, as well as the Macedonian public. Instead of dealing publicly with critical journalists, he needs to encourage them in their efforts to detect possible abuses of power and institutions must respond upon that.

At the same time, in his statement, the Prime Minister used inappropriate speech against members of the LGBTI community and this is unimaginable for a serious politician and holder of such a high post. As journalists and an association advocating for equality in all fields and non-discrimination, we also condemn this part of Prime Minister Zaev’s statement and demand that he apologizes publicly.