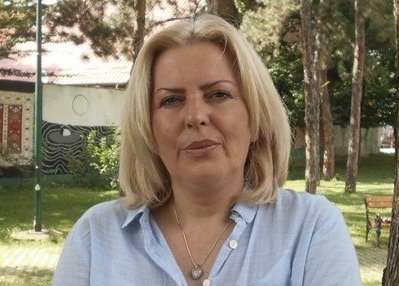 Sarajevo, 06.11.2019. – From the perspective of the freedom degree in media field (freedom that incurred based on experiences of our colleagues, including personal experience) this could turn out to be a soft aphorism such as: censure in media filed almost does not exist, we successfully oppose it by implying auto censure. This almost contain certain amount of truth, because looking from the context in which owners/entrepreneurs, editors and journalists, arbitrarily resort to auto censure thus attempting to make “peace”’ with their financiers or interest based centers to which they eventually rely, there is actually no need for censure at all.

Auto censure may also be seen through the case of certain media house whose name I shall not mention; instead I shall refer to auto censure experience accordingly.

I used to write down a serial of articles (texts) about Slovenian factory in BiH, while I was engaged in private media house. The owner of this factory had plans to dislocate the factory outside Bosnia and Herzegovina. Factory manager, a local resourceful person fought hard to keep the factory in our country, since the removal of the factory would shut down the only source of income for local people thus jeopardizing their existence.

Along with other things I had to do whilst working for this particular media house, I contacted factory manager on daily basis. I assumed that he also was “politically biased”, though, at the time, I was not concerned about that because I considered him as very important collocutor and person who could provide me with new and most recent information.

Writing of such stories was one of the most positive side of journalism and unlike political issues and affairs, social issues somehow liberated me from eventual pressure and possible outer control, whether imposed by the editing office or imposed by political factors. However, everything was not “cheese and apples” as it initially seemed.

One morning, after having coffee at the briefing session, the rumor amongst all staff had it that we (the owner/entrepreneur) were no longer in good relationship with certain political party. I thought this was the way it had to be, because I had previously been working for private media house, but there were no explicit demands for auto censure that I was listening about from my colleagues. I was following the situation in the factory, but soon I was called in and told that our owner was no longer in good relationship with factory manager from certain political party to whom I had been speaking almost on daily basis and that I should quit and stop contacting him immediately.

Despite all of that, I was still following the story about this factory. I decided not to quote factory manager nor to mention his name in my articles (texts) and I thought that I had somehow managed to find the solution and “overcome” imposed limits. However, one morning while struggling to find my article in the magazine, I only discovered that it was posted somewhere on the bottom corner. Apart from that, my text was visibly edited and they accordingly posted few lines only, without any photo that I had previously prepared and with very poor text font, so at the end, my article turned out to be a “non-attractive” marginalized news.

In private media house there are mainly two ways to react and respond to limitations regarding your selection and choice of issues, including collocutors that you decide to write about or to talk with. These are two simple ways: you can either obey the media house rules or leave.

I would even dare to say that the core of censure and pressure on journalists is the fact that they should think three times before they decide to write anything in public media, mostly in media houses that are financed from the public budget sources where their professional, but also, labor and legal status depends directly on governing and parliamentary majority that controls the budget used to finance their media house. In other words, journalists’ work depends on politics that create their views spread amongst “their own people” regarding media they finance through the payment system required for RTV tax fees.

The differences in positions of journalist facing clear or hidden limits may exist in formal sphere, depending on the extent of the protection illustrated through their work contracts and also depending on whether they, in case of labor dispute with their employer (the situation that only the brave ones decide to initiate) the journalist shall not be the victim of eventual payback or revenge imposed by their employer (owner or entrepreneur), without disciplinary procedure. Everything else is a question of self – respect of an individual.

This is why it would not be incorrect to discover the causes that result in the emerging of auto – censure only in terms of the social status of a journalist, because the battle with the auto – censure is, above anything else, the question of respecting and obeying professional journalism. However, due to entire context as far as media houses and their operations are concerned, it would also be incorrect to put a burden of the battle of limitations in writing onto journalists’ shoulders, because “lowering journalists ‘integrity” was followed by (and in fact it is still under way) a brutal campaign imposed by political and interest – based powerful centers who aimed to control financing sources directed to media houses or limit the finances so they could make and force media houses to become subordinate to political powerful centers.

Apart from fear that journalists may get sacked and lose their jobs, fear for the existence of their own family, including themselves, kids, sick persons and family members and because of legal environment where quietly persons end up not being punished for their crimes, including murderers, assaulters or attackers, Journalists chose to down and remain silent in terms of self – imposed limits.

Apart from the battle for dignified and, to some extent, apolitical environment required for work, through passing new set of laws, strengthening and reinforcing syndicate (union) or showing solidarity with journalists colleagues (workmates), another front – line emerges where journalists are left to dissipate their energy. A “competition” turned up and it washed away all professional principles. These included internet web sites with unknown owners or entrepreneurs that were mainly motivated by profit. Frankly, we have already known that media does represent a profitable income source and the information is valuable merchandise. Therefore, the work conducted by the merchandise manufacturer has its own value and it is only a matter of to what extent we are aware of the value of our own role in this process.

What if we liberate ourselves from the “victimized” role?

It would be really useful to start with signal reading based on our own experience, including frequent attempts of political and financial media enslaving. These attempts should indicate that, despite constant imposing of picture that media has a diminished role, there are reasons why media is important and there are some that try to own them or take control of them.

Additionally, it would be wise to begin with reading between the lines that we write, for instance, we write stories about employers that have been on the edge of sustaining with their businesses, because the number of tradesmen and craftsmen is decreasing on daily basis due to the fact that most of them have decided to leave this country and look for work abroad, since they get much better salaries abroad and their work is more respected and appreciated. We journalists, make the news based on the employers’ decision who should, in order to keep their employees in their companies thus being able to sustain and proceed with their businesses, finally realize (employers) that their workers (employees) must get paid adequately and must be provided with all legal rights they are entitled to have.

According to the above illustrated news that we have made, we realize that regardless whether one shares information for a living, builds houses, all trades comprehend the same principle: employers may be excellent managers, they may have countless contracts for various business, and however none of these can be implemented if managers have no employees to execute them.

(The author is a longtime journalist and an editor of Megafon.ba; this article was published in E-journalist bulletin no.69)