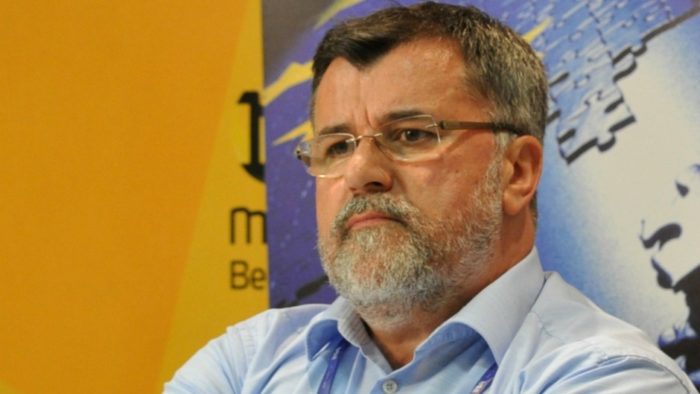 BELGRADE, 04.12.2018. – Veran Matic says it is not true that journalists should not criticize court decisions before their verdicts become final.

The president of the Commission Investigating Murders of Journalists also asked why the Higher Court is trying to silence the public.

In response to a statement by the Higher Court in Belgrade, which condemned his statements regarding the final stages of the trial for the murder of journalist Slavko Curuvija, Matic told Tanjug that he was “starting to dread the stubborn persistence with which the Higher Court is forbidding the commenting of court proceedings,” because, as he added, he fears that this is a political, not a legal issue.

“The judges know that with this they are not quarreling with the president of the Commission Investigating Murders of Journalists, but with the practice of the European Court in Strasbourg, whose decisions are in direct contradiction with the views of the Higher Court in Belgrade. It is a complete mystery to me why the High Court is doing it. Why ignore Strasbourg? Why deny Serbia’s citizens what all European citizens are entitled to,” Matic said in a written statement.

He thinks the panel of judges in the trial for the murder of Slavko Curuvija is “perfectly indifferent” toward the opinion of the Commission.

He pointed out that the members of the Commission, headed by him, stand for respecting the presumption of innocence of the accused, just like the courts.

“But who can agree that journalists cannot criticize the negligence, the deliberate delays in proceedings, the ignorance of the law and the removal of evidence by persistently making controversial decisions that are favoring the defendants and are regularly annulled by a higher court instance,” Matic said.

He think that it would be very useful for the public to find out what the Higher Court has actually released its second statement in a week about, and what trust in the work of this panel it is talking about, after the decisions of the Supreme Court of Cassation.

Matic recalls that it was precisely this highest courtthat determined that the same trial panel (in the Curuvija trial) by acquiting the accused Luka Bojovic, violated the law.

“Instead of telling the public what they will do about that and how they will restore trust in the court, the Higher Court is attacking the practice of the European Court,” said Matić.

The Higher Court in Belgrade on Monday for the second time denounced Matic’s statements to the media concerning the trial of four defendants for the murder of Curuvija, pointing out, among other things, that is not permitted to criticize or comment on the decisions of a court in criminal proceedings that have not been finalized legally.

The Higher Court in Belgrade again condemned the statements of the President of the Commission for Investigating the Murder of Journalists Veran Matić, commenting on the trial of the trial chamber in the case of the murder of Slavko Ćuruvija, as well as earlier verdicts of the panel.

Matic has repeatedly commented on the final stages of the trial and the upcoming first instance verdict for the defendants charged with the murder of Churuvija.