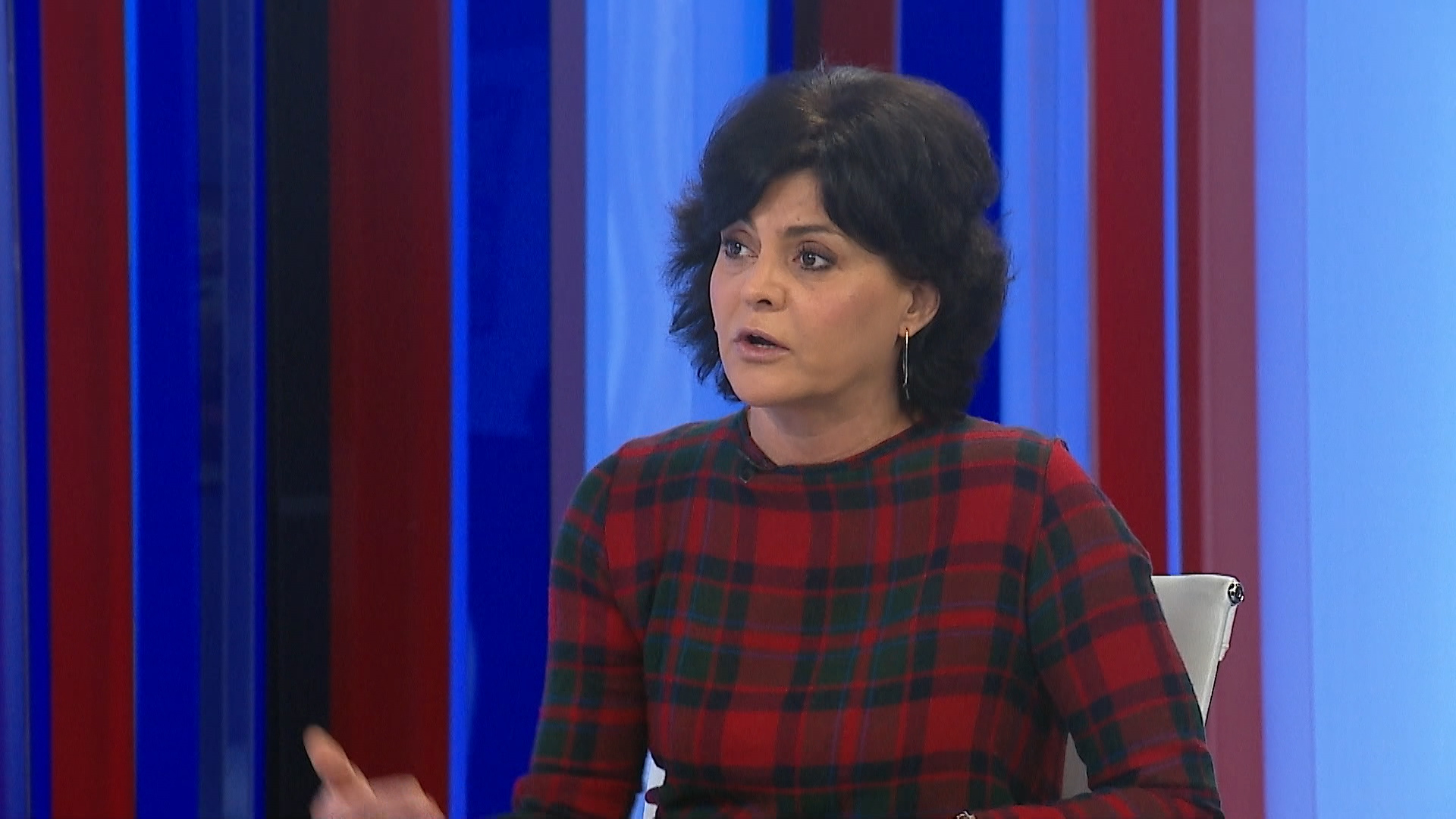 The Prosecution does not recognize the specificity of the journalistic profession 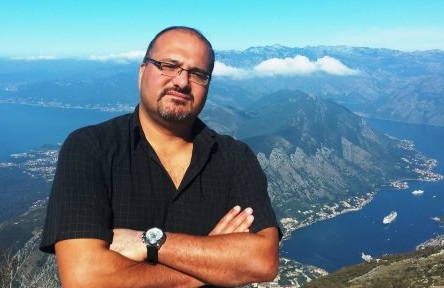 PODGORICA, 18.10.2016. – Trade Union of Media of Montenegro strongly condemns the threats that Bozidar Martinovic, from Tivat, convicted for drug trafficking, sent to correspondent of daily newspaper „Vijesti“ from Tivat Sinisa Lukovic, just because the journalist published details of the incident that occurred on election day, in which the main actor was Martinovic.
A particular problem is that Martinovic was dare to send threats from the door of the Lukovic family house, in the presence of his family, which is why they are much more serious because he violated fundamental privacy and security but also sent a direct message to a journalist that he had to “shut up”.

Without wishing to interfere in the work of investigative bodies, Trade Union of Media of Montenegro expresses its disappointment by the fact that the Deputy Basic State Prosecutor in Kotor Tanja Čolan-Deretić rated that there were no elements of a criminal offense, but it is only the misdemeanor and that the Prosecutor’s Office still does not recognize the specificity the journalistic profession. Although we are not called upon to interpret the legal norms, we believe that the prosecutor had to more seriously understand these threats and qualify them even as a threat to security.

Prosecutors know well how cases of attacks on journalists they managed to bring to the end in last years, which is why they should be significantly more sensitive when making similar decisions. Therefore, we urge the Supreme State Prosecutor’s Office to review once again the decision of the Deputy Basic State Prosecutor Colan-Deretic.
TMUM gives full support to colleague Lukovic in protecting his personal security and in the continuation of his professional work in the public interest.

TMUM, at the same time, joins to the protest of non-governmental organizations because of the decisions of the authorities that, on election day, shut down popular services, Viber and WhatsApp, because of propaganda communication, or unwanted (spam) political messages sent to users. We believe that this decision is contrary to the fundamental right to freedom of expression and information.
Main board TMUM 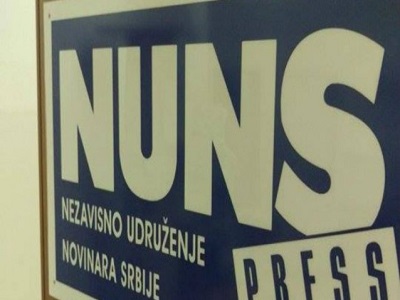 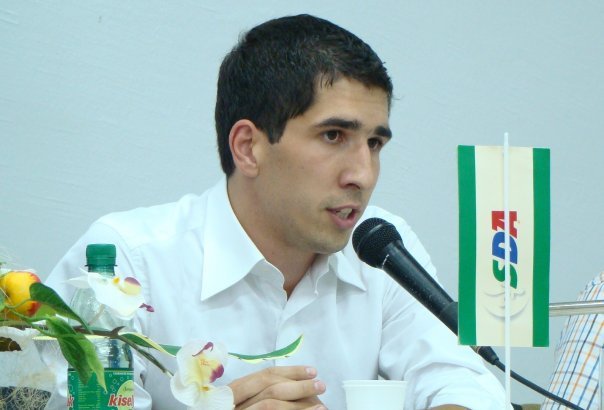 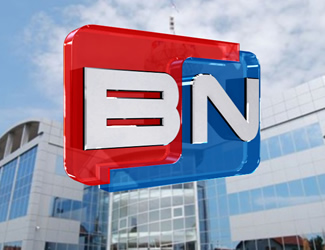 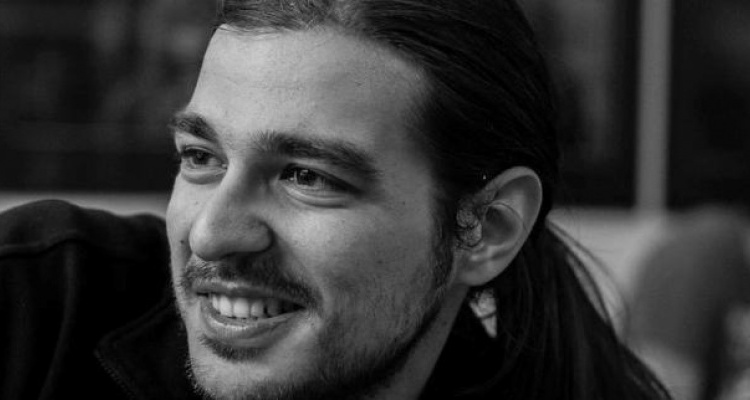 Sarajevo, 15.07.2016- The streeming committee of the Association BH Journalists and Free Media Help Line (FMHL) strongly condemns the public lynching, direct threats and hate speech which is spreading through online media and social networks according to Vuk Bačanović, a freelance journalist from Sarajevo and until recently associate Federal Television (FTV). On 11 July 2016 Bačanović on his Facebook commented on the installation of the Republic Srpska, set in Sarajevo on the eve of the 21st anniversary of the Srebrenica genocide, which resulted in a hunt and sharp condemnation on social networks and in the media, and the termination of cooperation with FTV.

With astonishment follow manipulative publish only parts of controversial comments on the individual portals and social networks that have become “material” for an extended public, Facebook and media violence against Vuk Bacanović. We believe that no one should be persecuted nor harassed because of their opinions, it is particularly intolerable that threaten the safety and lives of Bačanović through Facebook just his opinion. With Bačanovićevim thinking and the way they set out – with the use of offensive speech opposing the rules of civilized communication – disagreed part of the public, but that does not mean that anyone has the right to call the killing Bačanović or invoke “Jasenovac” for him and his family.

BH Journalists and Free Media Help Line reminiscent of how the chase began on Bačanović the moment when the media is downloaded and posted a message published on FB profile, put it into the context of daily events and the time she gave undue political or ethnic dimension. Given that this practice is very common in BiH, we appeal to the media and journalists in BiH with more professional and moral responsibility, and only with the permission of the author over and made public (private) status and the opinions expressed on social networks. Such action will significantly narrow the space for manipulation, public incitement or hatred, but also respect the right to privacy.

BH Journalists and Free Media Help Line also emphasize how critical reflection of our reality and current events, even in a brutal manner, preferably in BiH society, but no medium nor journalist should not contribute to the deepening hostility, create new victims or spread hate speech and xenophobia. We remind you once again – hate speech is not freedom of expression and the task of the media is that any hate speech or incitement performances as socially unacceptable behavior contrary to universal human values and the right to freedom of expression. 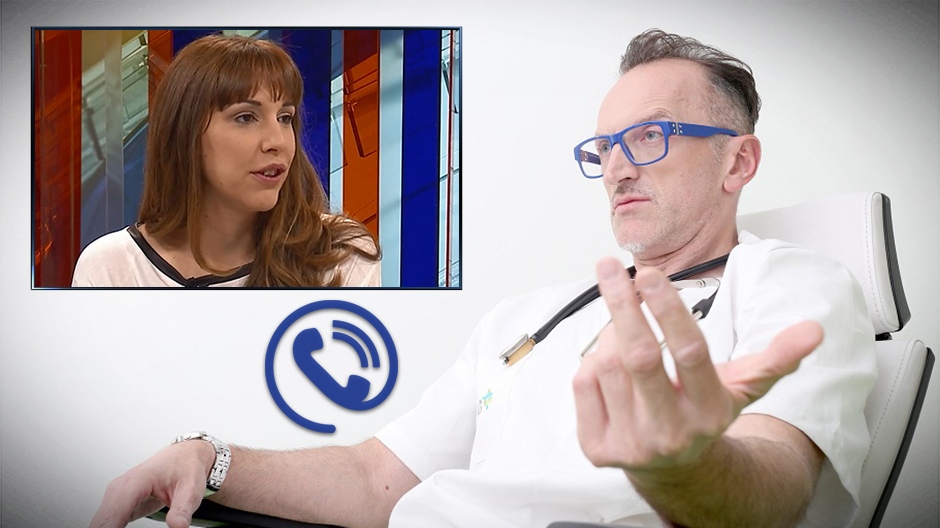 Sarajevo, 28.07.2016.-The steering committee of the BH Association of BH journalist and the Journalist Support Line strongly condemns the offensive and discriminatory statements of Dr. Emira Talirevića against Selme Učanbarlić, a journalist of the CIN (Center for investigative reporting) from Sarajevo, contacted via Facebook with the intention of public discrediting of journalists and filling professional harm to her and the complete CIN editorial office.

Dr. Emir Talirevic, the owner of the private clinic “My clinic”, launched a chase and brutally attacked Selmu Učanbarlić after publishing a series of research articles on funding his clinic from the public funds of the Health Care Department.

The steering committee of the BHJA considers it unacceptable that anyone, and even Dr. Talirević, expresses his dissatisfaction with media content by publicly spreading insults, discriminatory and mischievous attitudes, as well as using the “language of the street” to be inappropriate to anyone who is special to a health worker who should  adorn humanity, polite and civilized attitude toward every man. In attempting public denunciation of CIN journalists and journalists and “praise” to destroy them, Dr. Talirević has violated all humanistic values, as well as BiH legal regulations and publicly available media for reacting to journalistic content. This showed that he did not care about the truth and argued evidence of the alleged non-professional behavior of CIN journalists, but to blur the essence of the research texts and point out the facts about possible corrupt and unlawful conduct in public money allocation for the private clinic Dr. Talirević.

The steering committee of the BHJA expresses full solidarity with colleague Selmom Učanbarlić and other journalists and journalists of the Center for Research Journalism. At the same time, we call upon the relevant police and judicial bodies to undertake, within their competencies, the legally prescribed measures for the cessation of harassment, insulting the dignity of the person and the creation of a scary, degrading and humiliating environment for journalists and journalists, which we have witnessed over the last few months in the BiH public space.Steering

Steering committe of the BHJA

Public announcement regarding the threat of rape journalist’s Lejle Čolak

Sarajevo, 29.08.2016.- The steering committee of BHJA calls Federal Police Administration, Cybercrime Unit and the leadership of the Armed Forces of BiH to urgently investigated and sanction threats, call for rape and other brutal actions to endanger life and security journalist Lejle Čolak.  Threats were addressed during the previous weekend through Face book’s social networks, and after journalist Čolak commented on his FB profile wearing a hijab.

A member of the Armed Forces of BiH, Mirza Dizdić from Zenica, publicly called for “rape” Lejle Čolak and personally promised to “pay” to those who do it, while two ladies –Sabina Salković and Erna Potter Selimović called for “kicking a car”, “light fueling with gasoline” and “ignition” of this journalist.

The steering committee of BHJA considered that those threats are serious criminal offenses which require immediate policy response and the capture of Dizdić, Salković and Potter-Selimović, who through Facebook’s messages and calls in a direct way called into question the right to life, personal security and dignity of Lejla Čolak. At the same time, we demand that BIH Armed Forces take appropriate punishment measures against its employee abusing the Internet, complaining and calling for the commission of a serious criminal offense-rape.

The steering committee of BHJA  expresses full solidarity with our colleague Čolak-victim of radical circles that abuse the public space and freedom of speech in a primitive, dangerous and socially damaging way. In this context, we warn of the frequency of threats and anathema of people who make their own opinions about sensitive topics in the area of religious, political and social life in BiH. Instead of the legitimate public polemics and the confrontation of opinions or factual disputes with the views that individuals disagree with, we are witnessing threats, hate speech or life-threatening calls.

Such behaviors of Bosnian society directly lead to radicalism, intolerance, and stifling of freedom of speech. Therefore, the BH journalists urge all competent institutions to provide legal and institutional means more effectively to the protection of the right to freedom of expression and any attempt to violate or abolish this right is effectively sanctioned in accordance with existing laws and international conventions accepted by BiH as part of its Legal acquits and democratic values.

While Bozinovski is on hunger strike, the court is stalling 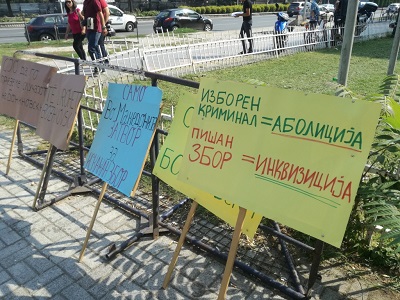 SKOPJE, 14.10.2016 Association of Journalists of Macedonia alerts the public that the trial against journalist Zoran Bozinovski is being unnecessarily delayed. With this the court violates his civil rights for a fair trial.

Journalist Bozinovski for two weeks has been on a hunger strike with a demand to end detention, and the court today for the second time postponed the trial because of “personal and family circumstances” of Judge Sandra Krstic.

With persistent refusal to lift the detention for Bozinovski the court applied double standards. The Court does not impose detention for former government officials suspected of serious crimes, and without a reasonable cause nearly six months is holding a journalist in custody. With that detention does not serve as means for an uninterrupted process, but becomes a punishment.

Bozinovski is on a hunger strike, and the court claimes that his health is good. How is it possible to argue that for a man who is starving for two weeks and is being treated with infusions? We publicly ask the court: What needs to happen to Bozinovski in order for the court  to seriously consider the request for revocation of the detention.

We call on the Court of appeal in Skopje to immediately submit the decision for the “Spy” case to the Criminal Court to enable lawyers to have access to evidence and prepare a defense. Otherwise, there is room for the process further to be delayed and it will remain in the public impression that the case was politically rigged.