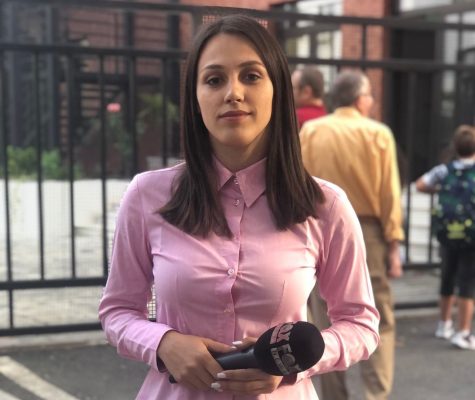 Fax News television journalist, Besarta Demushaj, on Wednesday (15.12.2021) denounced the physical and verbal attack exercised against her by two citizens while she was reporting (14.12.2021). Video footage shows the journalist being obstructed, kicked, and hit by two men while reporting on a story. Demushi explained she was responding to a tip from a woman who owned a shop on Hoxha Tahsim Street. The citizen Fatbardha Marina said she turned to Fax News after receiving no support from the police or protection regarding a property matter. When Demushi arrived on the scene, the developer and his brother-in-law arrived and started to be abusive. They temporarily blocked the journalist inside the building and then grabbed her, hit her, and kicked her. Following the report of the case to the Policy Authorities of the event by the journalist, the state police announced criminal proceedings against the two suspects, who are being prosecuted at large.