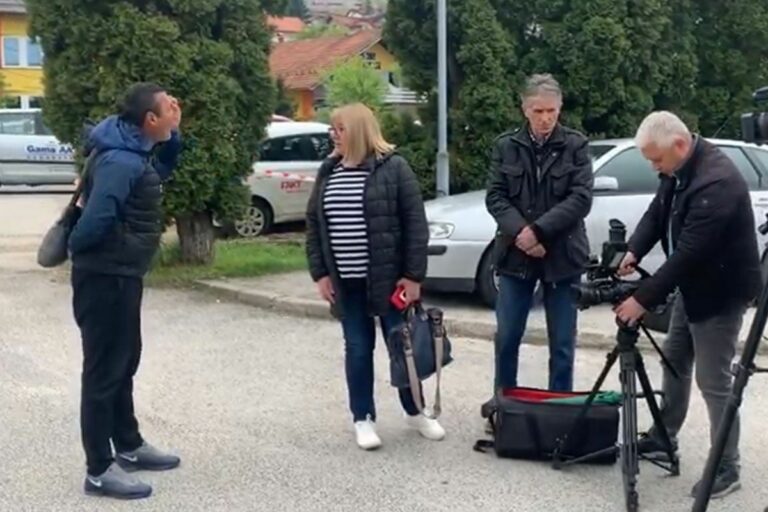 The incident happened in front of the building of the Court of Bosnia and Herzegovina in Sarajevo, where Davor Dragicevic approached the RTRS crew, then insulted the journalist and cameraman with aggressive and inappropriate language, and asked them to apologize for unprofessional reporting on the tragic death of his son David in March 2018. At one point, the journalist made a personal apology, but Dragicevic continued with threats and insults against the media crew on the field and the entire RTRS team.