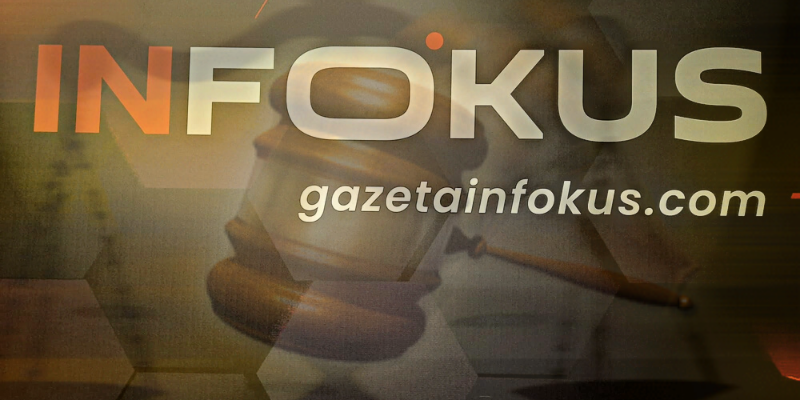 On 9 March 2018, Prosecutor Remzush Latifi from the Basic Prosecution Office in Prishtina, filed an indictment against the Infokus portal journalists Shkelzen Dakaj and Valdete Dakaj for “False News or Reporting” under Article 390 of the Criminal Code. Prosecutor Latifi submits that the Infokus portal “had published false information that the businessman Blerim Devolli allegedly possesses a forged Montenegrin passport”. Devolli had complained to the prosecutor about image damage. The indictment mentions a series of articles published by the Infokus portal in the period from 23 December 2016 to 25 January 2017.

Protection of reputation is regulated by Law No. 02/L-65 Civil Law against Defamation and Insult. Defamation was finally decriminalized in Kosovo in 2012 by the Supreme Court Principled Position K.94/2012, according to which defamation cannot be prosecuted. Also, Article 390 of the Criminal Code does not refer to publications in the media, but to statements given to official persons, which did not happen in this situation.

We urge Prosecutor Latifi and the Basic Prosecution Office in Pristina to immediately withdraw the indictment and ensure that he will not use his authority to intimidate journalists in the future.