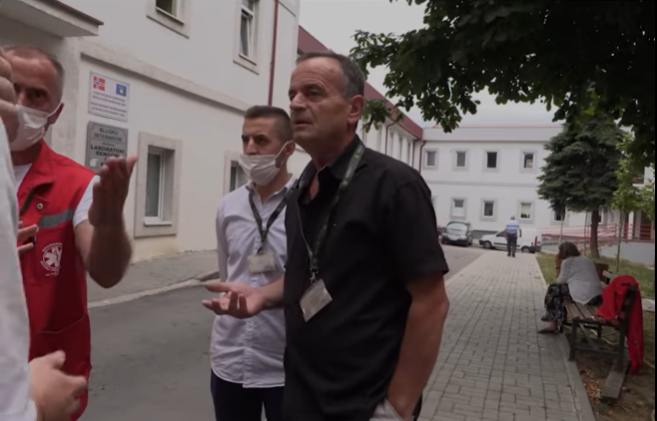 The KALLXO.com team, journalist, Diellza Luzha and the camera operator, Blendi Shaqiri, of KALLXO.com portal were threatened and obstructed in Mitrovica. The team was working on a story in the courtyard of the Mitrovica Regional Hospital.

The KALLXO.com team’s work was obstructed by three unidentified persons, part of the hospital staff, who prevented them from performing their duties and put physical pressure on the camera operator, restricting the team movement and threatening to confiscate their equipment.

For AJK, such action poses unacceptable pressure and endangers the safety of journalists while they are on duty.

AJK calls on the management of the Mitrovica Regional Hospital to take measures against these persons and not to allow the recurrence of such situations.We also call upon the Police and the Prosecution to identify the perpetrators and take the necessary actions in order to address the case.