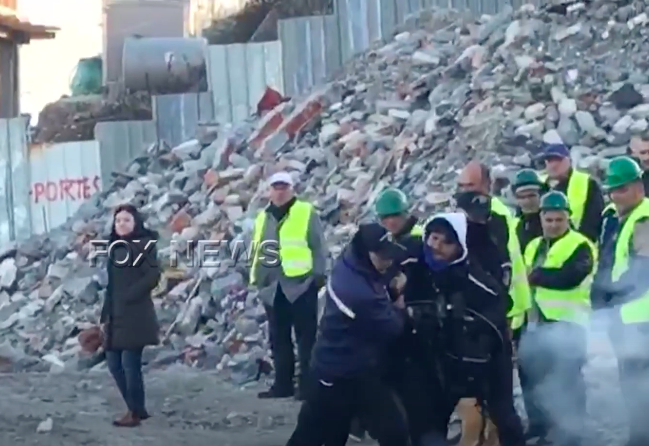 Fax News journalist Ledio Guni was filming the eviction and demolition of citizens homes in the 5 Maji neighborhood of the city. Scores of police were on site to force people out of their properties and make way for their razing to the ground.

Guni was forcibly grabbed, dragged, and removed from the vicinity while he was carrying out his work. The journalist was sent to ER due to the physical attached carried out by the police officers. The Municipality Police has not reacted about the case yet, while this unit which is under the auspices of the Mayor has been criticized before for the way it treats journalists while reporting live from the field.