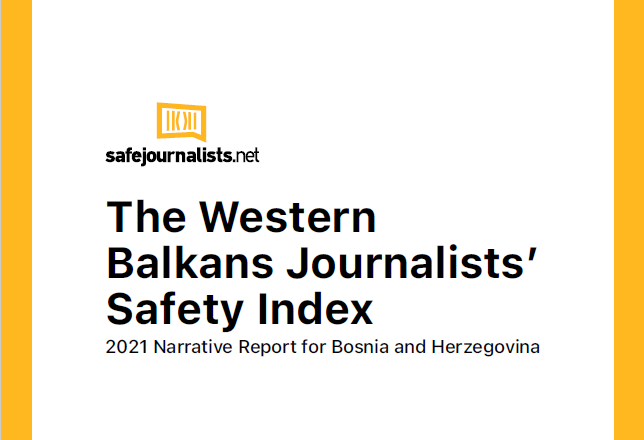 The Western Balkans Journalist Safety Index (WB-JSI) is a research-grounded tool designed to measure and monitor the changes in the respective social and political environments of the Western Balkan countries, that have a direct or indirect impact on the safety of journalists and media professionals while practicing their profession. The Western Balkans Journalist Safety Index primarily relies on research evidence collected and analyzed by partners in the SafeJournalists.net platform who follow a rigorous research procedure. Collected data on various dimensions of the complex “journalist safety” concept were quantified and grouped into a composite indicator, the Journalist Safety Index, to monitor changes in the seven countries of the Western Balkans over time. Based on the research material, nine members of the Advisory Panel from each of the countries assessed the situation and assigned points for each of the 19 indicators within the following dimensions:

Legal and organizational environment – the existence and implementation of legal safeguards relevant to the safety of journalists;

Prevention– the existence and implementation of a range of preventive measures that have direct effects on journalists’ protection and safety;

Process – the behavior of state institutions and public officials towards journalists and the efficiency of the criminal and civil justice system concerning the investigations of threats and acts of violence against journalists;

Actual security – incidents and instances of various forms of threats and acts of violence against journalists and media.