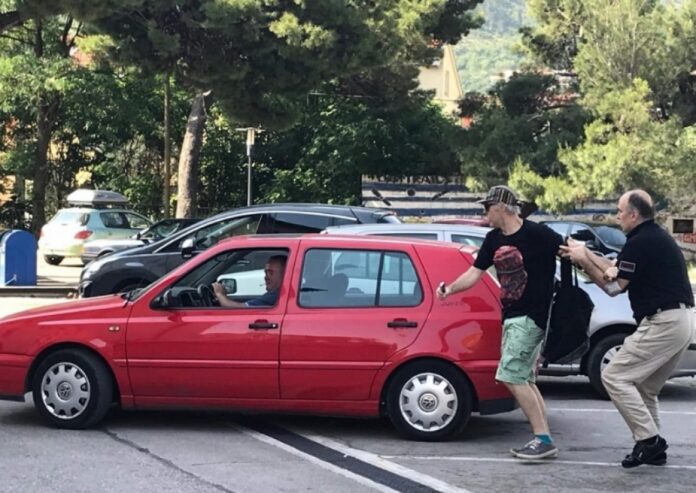 MOSTAR, September 16, 2021 – The Municipal Court in Mostar, at the request of the Free Media Help Line, submitted to the BH Journalists Association a verdict from February 2020, stating that a man with the initials I.Z. (Ivan Zovko) was fined for attacking journalist and activist Husein Oručević.

Activist and journalist Husein Oručević was attacked on June 18, 2019 in the parking lot behind the City Hall in Mostar, when two people first verbaly threatened him, and then one of them spilled a bottle of water on a journalist and tape recorder that held in his hand.

– I did not react immediately, but as the salvo of insults did not stop, I took a tape recorder and showed my accreditation of the Polish radio correspondent, approaching those men and asking them to repeat what they said into the microphone. After that, one of them took a bottle of water and spilled it on me and on my recorder, which was completely damaged – Oručević told the media at the time.

The Municipal Court in Mostar found that in this case Ivan Zovko violated the Law on Public Order and Peace and ordered him to pay a fine in the amount of 100 BAM.