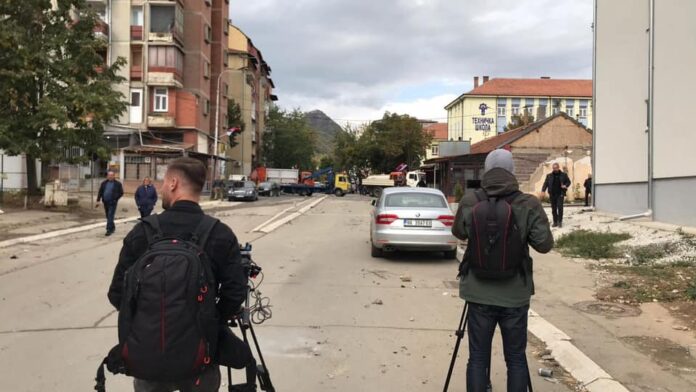 The Association of Journalists of Kosovo – AJK, expresses its concern about the difficult and unsafe working conditions for journalists today in the northern municipalities of Kosovo.

According to the reports, several journalists of different Albanian media were attacked in the “Bosniak Quarter” in Northern Mitrovica and another incident occurred on the road that leads to Leposavic where protesters chased cars with journalists.

Meanwhile, there were attacks and pressures on journalists of local news portal “Kossev”, by protesters. As a result, the news website has withdrawn its teams reportimg from the field.

AJK calls upon Kosovo Police to provide a safe envoirment for journalists in order for them to carry out their work in an unhindered manner.