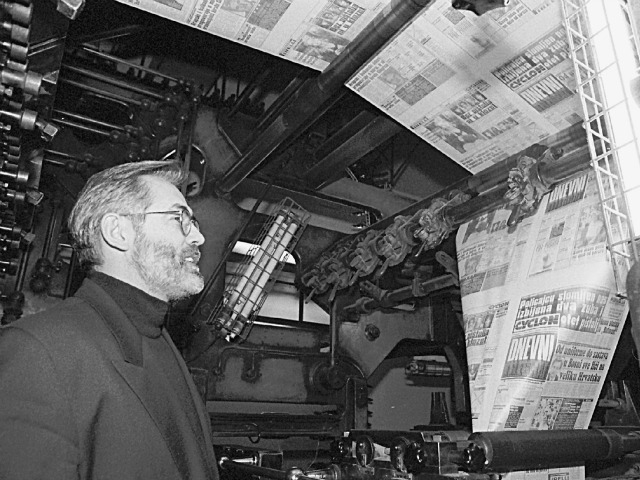 BELGRADE, 16.05.2017. – A Serbian court has upheld custody for two suspects charged with participating in the 1999 murder of journalist Slavko Curuvija for the duration of their trial.

Serbia’s Special Court refused Tuesday to release former members of the National Security Service, Milan Radonjic and Ratko Romic, from custody, while they stand trial for allegedly taking part in the murder of journalist Slavko Curuvija in 1999.

The presiding judge, Snezana Jovanovic, said that the court will reconsider the request later, as the process continues.

The lawyer for Romic and Radonjic asked for her clients to be released, offering the possibility of house arrest.

According to the indictment, an ‘unknown person’ ordered the killing of Curuvija and Radomir Markovic, the former head of Serbian State Security, abetted the crime, while three former security service officers – Ratko Romic, Milan Radonjic and Miroslav Kurak – took part in the organisation and execution of the murder.

Three of the suspects have pleaded not guilty, while Kurak is on the run and is being tried in absentia.

Markovic is currently serving a 40-year sentence for the murder of former Serbian President Ivan Stambolic and other crimes, while Romic was acquitted alongside Radonjic in September last year of the attempted murder of opposition party leader Vuk Draskovic.

Luka Pejovic was a member of the interior ministry’s Special Operations Unit and Curuvija’s wife Branka Prpa, who was with her husband at the moment he was killed, has said Pejovic was the shooter.