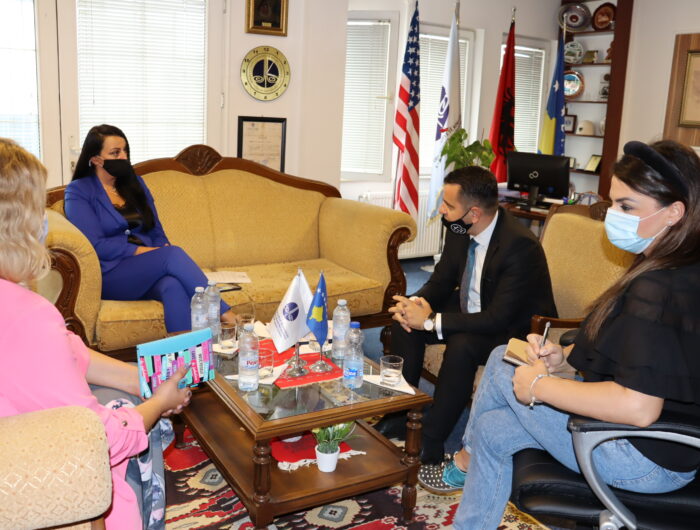 PRISHTINA, 21.09.2020 – The Association of Journalist of Kosovo (AJK) on August 5th, 2020, received the decision of the Kosovo Bar Association (KBA) for the unilateral withdrawal of the Memorandum of Understanding, which enabled journalists to have free legal representation and protection.

Despite that, KBA has over 1080 members, who have an additional legal obligation to handle one case “pro-bono” per year, i.e. 1080 cases in total per year, the new management of KBA has refused to include the representation of journalists in these “pro-bono” cases. It is of a special importance to mention the fact that since the signing of the MoU, approximately a year ago, AJK requested from KBA to handle only two cases.

Moreover, it is disappointing that according to the whistleblowers of AJK, this withdrawal is a result of domestic and personal relations between the previous and new leaders of KBA. In one of these internal e-mails of the leading structures of KBA, the chairman of the regional branch in Prishtina, Nasuf Hasani, considered this MoU which legally protected journalists, “a joke” and “a demagoguery” of the former chairman of KBA, and according to him it was signet clandestinely.

AJK reminds Mr. Hasani that the memorandum in question was signed on the most important day for the KBA, “Lawyers Day” and “46th anniversary of the establishment of the KBA”, where participants in addition to the leading structures, were also various local and international actors. Moreover, the event has been covered by most of the media in our country.

Then how come Mr. Hasani, despite running the regional branch in Prishtina, was unaware of such a public agreement and informed only after the new leadership got elected.

The MOU singed on November 16th, 2019 was terminated by the new Leading Council of KBAaccording to the justification of that “the journalists are not included in the category of the beneficiaries of free legal aid, defined by the Law of Advocacy – Article 42, and the statute of KBA – Article 95, the paragraph 1.13.

Considering that the poor economic conditions of journalists, specifically low salaries, were the main reasons for signing the MOU, KBA’s reference to the aforementioned Articles does not justify the decision of the Council. The incomes of media workers in Kosovo do not cover the requirements for obtaining effective legal protection. Thus, AJK considers that the social component presented in KBA’s decision corresponds more with our assessment than their justification.

Furthermore, the KBA has singed MOUs with a dozen of institutions and organizations, according to the principle of good will, but not as an obligation for the direct implementation of the provisions of the Law on the Bar.

Additionally, the MOU has been terminated without any prior notice, contrary to Article 7 of the MoU which states; “Parties may withdraw from this Memorandum only if they consider that the other pair is not complying with the prescribed duties.” If one of them decides to leave the memorandum, it is obliged to notify the other party, not less than 30 days before the date on which the cooperation is expected to be terminated.  So, the KBA did not respect the deadline for the termination of cooperation and the agreement could be terminated only if any party would violate it, which did not happen.

On August 7, 2020, after receiving KBA’s decision, the President of AJK Board, Gentiana Begolli Pustina, held a meeting with the President of KBA, Behar Ejupi, requiring to reconsider the termination. President Ejupi proposed that AJK should request a review of the memorandum, in order to reach an agreement that works for both parties. Nevertheless, through an official response to KBA, AJK has made their request clear by requiring a review of the decision to revoke the existing Memorandum and not to reach a completely new agreement without the main component, free legal representation and protection for our colleagues.

In their subsequent response, KBA clearly indicated that they were not willing to continue the existing MOU, arguing that due to the COVID-19 pandemic circumstances, lawyers are also in an unfavorable financial position to provide free legal services. Regarding this, AJK restates that since the signing of the memorandum, KBA has received only two requests for legal representation and protection for journalists.

Therefore, AJK considers that the secession of the MOU is an unprecedented action, specifically because it was done without mutual discussion and prior notice. The Association of Journalists of Kosovo will inform all local and international mechanisms for KBA’s decision, considering it to be arbitrary and unfair. It deprives journalists of free legal representation and protection at a time where they are working in extremely difficult circumstances, attacked not only by the political and economic factors but also from the media managers where they work, as well as from different groups of interest.

The AJK Board once again publicly requires from the President of KBA, Behar Ejupi, and other decision-makers to withdraw the unjustified decision and to assist journalists, considering that a large number of them have a low salary of 130 – 180 Euros per month.

Out of 1080 mandatory “pro bono” cases, KBA cannot provide legal protection even for two cases required by AJK. Thus, KBA refuses to offer help to journalists who share the same mission of contributing to the rule of law and protecting freedom of expression.

The Association of Journalists of Kosovo informs all journalists that in case that KBA refuses once again to cooperate through the existing memorandum, AJK will continue its commitment to provide free legal protection and free representation for journalists through other competent actors.