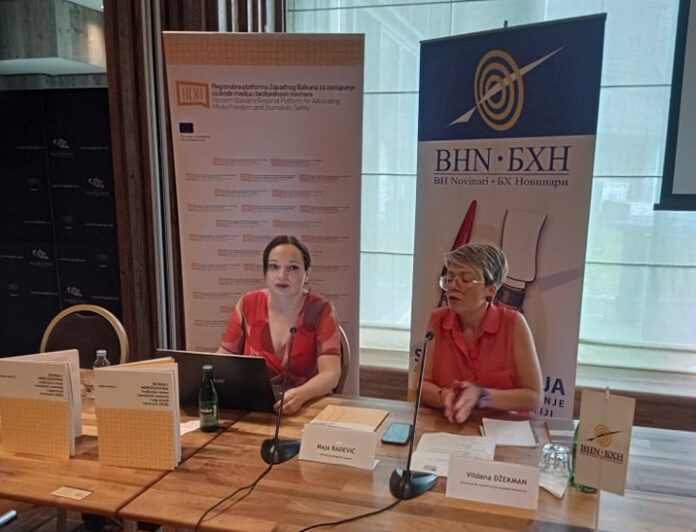 Jahorina, July 16, 2021 – During 2020, a total of 26 cases of attacks, threats and pressure on journalists and media in Bosnia and Herzegovina were registered, including 3 physical attacks, 6 death threats and 7 attacks and threats against media outlets. The Free Media Help Line (FMHL), which operates within the BH Journalists Association, recorded 69 cases of violations of journalists ‘rights and media freedoms last year, including threats to journalists’ labor rights, mobbing, defamation lawsuits and violations of the right to free access to information – this was highlighted during the presentation of the report “Indicators for the level of media freedom and journalists’ safety in BiH 2020”, produced within the Western Balkans Regional Platform for Media Freedom and Safety (www.safejournalists.net) and with the support of the European Union.

More than 88% of public and private media outlets suffered financial damage during the pandemic, with the biggest losses related to revenue from marketing and other commercial activities.

„The authorities show no willingness to establish a media assistance fund and we are the only country in the western Balkans that has not approved media assistance packages to cope with the economic consequences of the pandemic. On the other hand, politicians are very active in trying to control editorial policies and create media content. It is particularly worrying that the public reputation of the media and the preservation of their independence are being talked about less and less. The impression is that many journalists, owners and editors of media outlets have ‘reconciled’ with political influences and pressures”, said the author of the report, Maja Radević from BH Journalists Association. 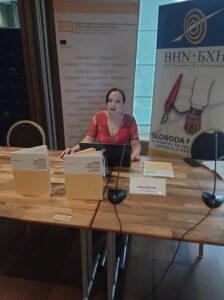 Last year’s survey on media freedoms conducted by BH Journalists in cooperation with the Friedrich Ebert Foundation showed that more than 70% of BiH citizens believe that media freedom in the country is not present at all or is partially present, and more than half said that political dependence is fundamental obstacle to the work of the media in BiH. The poor economic position makes journalists susceptible to political influences and does not motivate them to take a professional approach to work. Many have below-average salaries and irregular incomes and are not paid regular pension and health insurance contributions, and sign contracts with employers on a monthly basis or for a slightly longer period. All this creates a feeling of constant economic insecurity and concern and in many newsrooms it directly leads to (self) censorship, selective publication of information and various types of pressure and mobbing.

During 2020, the most numerous were cases of threats and intimidation of journalists as well as various forms of pressures, which often came from representatives of government institutions. When it comes to threats and harassment, the number of cases of threats to journalists through social networks, hate speech and online violence has increased. In most such cases, the attackers will not be sanctioned. The passivity of institutions, above all prosecutors’ offices and courts, opens space for new attacks and encourages those who believe they can commit violence without punishment.

According to the FMHL register, in the middle of last year there were 289 active defamation lawsuits against journalists and the media.

“Almost 80 percent of lawsuits against journalists and the media come from politicians and other public officials. There is an increasing number of so-called SLAPP lawsuits which, through high compensation claims, aim to endanger the financial survival of media outlets. In this regard, the initiative adopted last year in the BiH Parliamentary Assembly to amend existing defamation laws, which provides for stricter standards of acceptability, tolerance and proof of defamation in cases of public officials lawsuits against private persons is encouraging, and this is also the standard of the European Court of Human Rights “, stated Radević.

Reviewer of the report prof. dr. Lejla Turčilo from the Faculty of Political Sciences in Sarajevo stated that this kind of a research is an exceptional basis for arguing about the vulnerability of journalists in BiH. 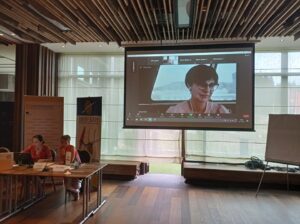 “It seems to me that there is still a lot of misunderstanding of the extremely difficult situation in which journalists and media in BiH find themselves. In situations where the social role of the media is limited, we have a serious problem in society. At the time of the pandemic, when we all somehow took refuge in our home, journalists did the exact opposite: they went out on the field, faced with an unknown virus, without protective equipment that was not available at the time, and tried to inform us about what was happening. I think that in the context of the pandemic, journalists and media, after the health sector, carried the heaviest burden”, said professor Turčilo.

She emphasized that it is necessary to pass the Law on Transparency of Media Ownership, as well as to improve the protection of journalists from online defamation and the deliberate spreading of misinformation and incitement by bots and other paid actors on social networks.

“When you wake up every morning with fear of what you will read about yourself on social networks, what insults you will get, then it is very difficult to do your job”, says Turčilo.

She added that the media in BiH often report unilaterally, without consulting several sources, and that they sometimes use sensationalist headlines and the so-called copy-paste journalism.

“However, these are still exceptions and most colleagues, fortunately, still work differently. That is why it is very important to talk about the pressures they face every day, both inside and outside their newsrooms”, concluded prof. dr. Lejla Turčilo. 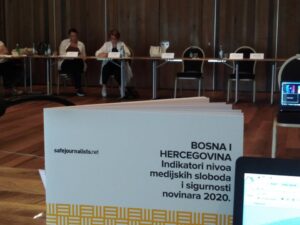 Some of the most important recommendations in the report are: ensure the editorial independence of public broadcasters at the state and entity levels, as well as local public media, enact the Law on Transparency of Media Ownership and ensure transparent funding of media from budget funds at all levels of government, establish funds to assist the media at the cantonal, entity and state level in order to at least partially remedy the economic consequences of the pandemic and avoid shutting down certain media, develop special institutional mechanisms and legal solutions to combat hate speech, online violence and threats to journalists on web portals and social networks, and in accordance with the recommendations of the European Commission, to put pressure on the competent institutions to ensure more adequate protection of journalists through changes in criminal legislation and efficient prosecution of attacks on journalists within the judicial system.