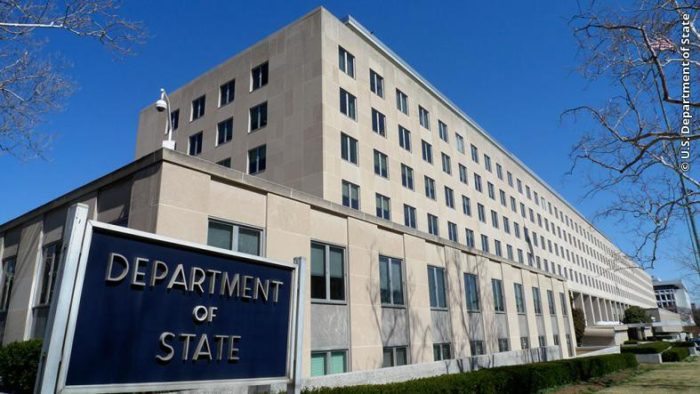 Skopje, 13.03.2020 – On March 11, 2020, the State Department published the 2019 Human Rights Report on North Macedonia. The report says that the country has made progress in respecting media freedom and freedom of expression. However, the State Department notes that there are still problems that have arisen in recent years, such as violence and intimidation of journalists.

The report notes almost all serious attacks on journalists in the last two years and highlights the problem of impunity for violence against journalists, something that AJM has often alarmed in the public. A part of the report also quotes AJM President Mladen Chadikovski’s speech at the Global Press Freedom Conference in London, where he said that impunity for attacks on journalists remains a major issue, as well as violations of freedom of expression. “According to the Association of Journalists, the Ministry of Interior has completed investigations into all 12 cases of attacks on journalists since 2017, but no further action has been taken on them except in one case,” is quoted in the report.

The reaction of the journalists’ associations (AJM, SSNM and CMEM) in July 2018, which opposed the paid political advertising during the election campaigns to be financed with public money it’s also noted in the report and it says that the Government has not taken any measures since then to address this issue.

Particular attention in this year’s report is paid to the threats, labeling and intimidation of journalists by politicians. In this context, quotes from the reactions of AJM and senior European Commission officials suggesting that this could lead to self-censorship are mentioned, calling on the authorities to show zero tolerance for attacks and threats against journalists.

This year again, the Association of Journalists of Macedonia remains a credible partner of the US State Department in the area of media and freedom of expression. The report mentions AJM as a reference organization eight times.