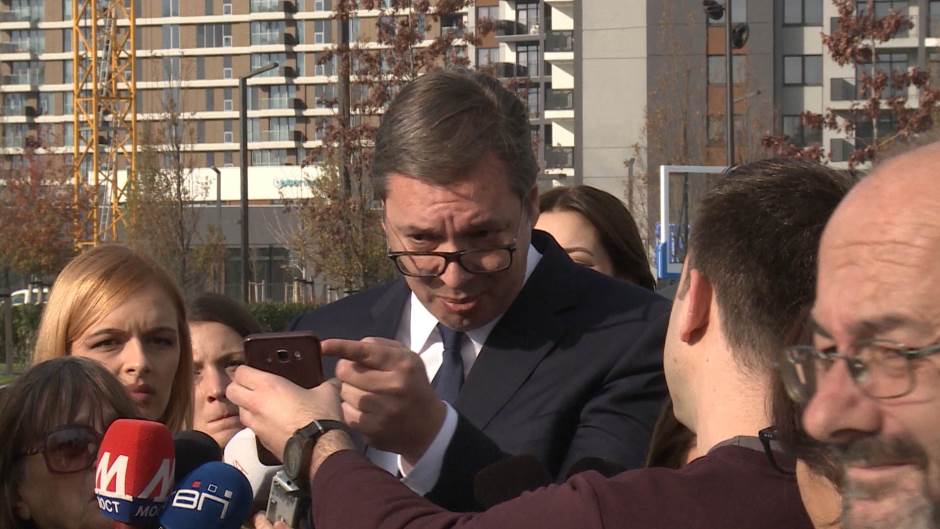 The targeting slightly faded out but drew the attention of the Council of Europe (CoE) Platform to Promote the Protection of Journalism and Safety of Journalists because at it said – “No state reply yet,” 13 days after Sovilj tried to get the answer from the President.

Vucic spent three days in a hospital,due, as he said, chronic health problems and denied N1 had anything to do with his worsening health.

However, those who attacked Sovilj did not say anything yet.

Here is a complete article from the CoE Platform.

NO STATE REPLY YET

“Serbian journalist Miodrag Sovilj has been the target of a storm of criticism by media and officials close to the government. The reason for this backlash was the hospitalisation of Serbia’s President Aleksandar Vučić for health reasons hours after he publicly confronted him with allegations of government corruption.

President Vučić was opening a children’s park on 15 November in Belgrade when N1 reporter questioned him over the alleged role of Interior Minister Nebojsa Stefanovic’s father in the suspect purchase of state-produced arms.

An exchange of several minutes took place filmed by a camera.

The journalist repeatedly asked the President whether he knows the document on his mobile phone – supposed to be the proof demonstrating the conflict of interest – while President Vučić asks him several times to read out the whole document, affirming he is not aware of the document’s existence and can’t read it.

In the end, Vučić gave an evasive response and asked the anti-corruption agency to investigate.

Following this exchange, Miodrag Sovilj faced intimidation, threats and smear campaign. He was accused by officials and media of “provoking the President”, of being rude, offensive and disrespectful, having a “shameful behaviour” that led to the deterioration of Vučić’s health – an insinuation that was denied by the President himself afterwards.

Photos of the journalist were taken from his student MySpace account and published to portray him as an alcoholic and drug addict.”