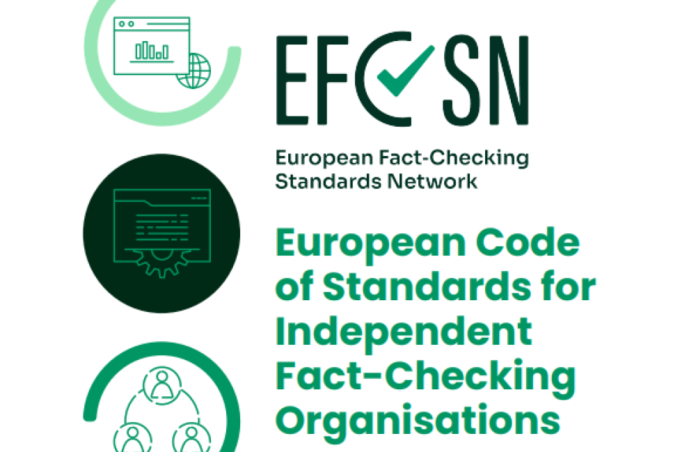 More than 40 European fact-checking media, including Istinomer, have adopted a professional Code that regulates the standards for methodology, ethics and transparency necessary to fight disinformation effectively and with integrity.

The “European Code of Standards for Independent Fact-Checking Organizations”, was developed through a project involving fact-checking media from more than 30 European countries. It is the result of several months of research, surveys and discussions among European fact-checkers, as well as representatives of the academic community and other experts in this field. The final version of the Code was approved by 44 of the 45 organizations that participated in the vote.

Organizations that wish to become accredited members of the European Fact-Checking Standards Network (EFCSN) are obliged to comply with the standards regulated by the Code – starting from the quality of sources to impartiality and financial transparency. Membership in the network, which will represent and support this community, will indicate to the audience which fact-checking media are independent, ethical and committed to working in the public interest.

Serbia Prosecutor’s Office to prosecute suspects for violence during Europride