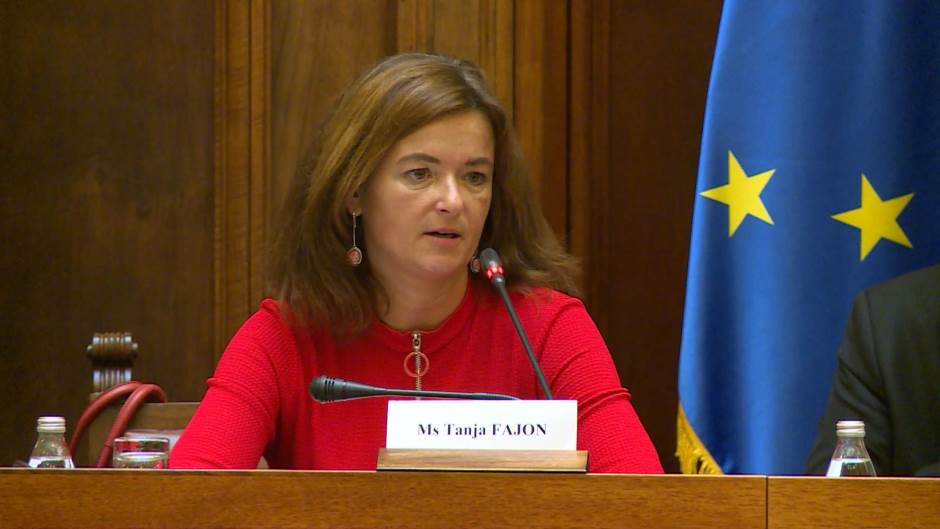 BELGRADE, 13.11.2019. – European Parliament official Tanja Fajon MEP told the latest issue of Diplomacy and Commerce magazine that she is completely devoted to Serbia’s accession to the European Union, but warned of problems with the level of democracy, freedom of the media and rule of law.

“My vision is that the complete Western Balkans should become a part of the EU,” Fajon, the Chair of the European Parliament Delegation to EU-Serbia Stabilisation and Association Parliamentary Committee, said and added that she sees Serbia as an equal member of the EU and a part of the family of European countries.

Fajon said that Serbia has to resolve current problems in terms of the level of democracy, freedom of the media and free and fair elections in order to speed up the accession process. She said that the speed of progress on the path to the EU depends on the willingness of the Serbian authorities and noted that some progress had been made in certain areas such as economic development, constitutional reform and efforts to draft a new media strategy but that limited progress has been achieved in combating organized crime and corruption.

She also warned of improper implementation of new regulations and laws.

Speaking about elections, she said there is a need to secure democratic and fair conditions and improve the media situation, where all parties are equally represented, especially on the state TV stations. Fajon said that it seems that both private and public media are not completely free, adding that the frequent attacks on the media are unacceptable.

Fajon warned that the opposition boycott of elections and parliament is not a good development and will not bring positive changes. “My opinion is that European Parliament mediation is necessary and that it will improve the electoral situation in Serbia,” she said.

She warned that Serbian society is very polarized with months of anti-government protests. “I am receiving letters from citizens who are concerned about constraints on the freedom of media and speech and the limited space for democratic dialogue,” she said and added that she is aware of criticism the EU is not objective towards the Serbian President Aleksandar Vucic and the government and is supporting his autocratic acts.

Fajon said that it is important for Serbia to remain engaged in the dialogue to normalize Belgrade-Pristina relations which she said is a huge challenge for both Serbia and for Kosovo. “It is my hope that in the near future, both sides find a satisfactory agreement, from which everyone can benefit,” she said.