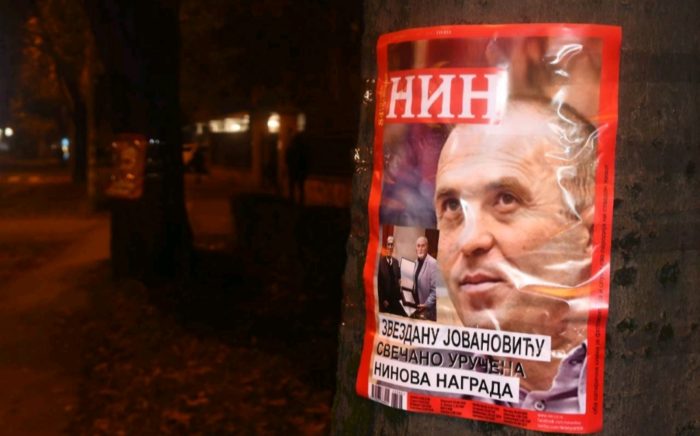 NOVI SAD, 05.12.2019.- Posters mimicking the cover of Belgrade weekly NIN with a picture of the man who assassinated Serbian Prime Minister Zoran Djindjic have been put up in the center of Novi Sad on Wednesday.

The poster includes the inscription NIN Award presented to Zvezdan Jovanovic (the war veteran and member of the Serbian State Security Special Operations Unit who killed Djindjic). It also included fake images of NIN editor in chief Milan Culibrk presenting the award. An inscription on the poster reads: this image is false and is used as a parody.

NIN was fiercely attacked by members of the ruling coalition after it published a cover page with a photograph of President Aleksandar Vucic standing in front of the barrel of a sniper rifle at an arms fair.