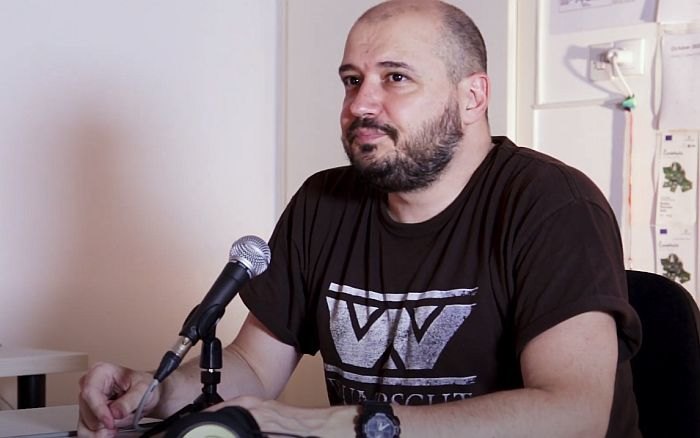 Namely, Milinović, the radio host of the show “Daško & Mlađa”, was attacked by two young men, this morning at around 6:45 am, in Vojvode Knićanina Street, near the “Vasa Stajić” Elementary School, in Novi Sad, while going to work. The attack caused him minor bodily injury. According to the information known so far, the attackers initially sprayed him with tear gas, and most likely tried to hit him in the head with a rod, however, the journalist managed to cover his face with his hand, so he managed to mitigate the outcome of the attack. The attackers then fled. Milinović has minor bodily injuries and is currently in the Emergency Center. The police and the competent prosecutor’s office acted urgently in connection with this event.

On this occasion, we also express our concern for the safety of journalist Milinović, since this is obviously an organized action. Also, this kind of an attack is reminiscent of earlier brutal exploits from the dark past towards members of the journalistic profession.

We have been warning for a long time about the atmosphere in the society that leads to such attacks on journalists who are critical on certain topics.

This year alone, IJAS recorded 35 cases in its Database of Attacks and Pressures, including this one, while in the previous year there were 189 cases, ie 32 cases of physical attacks.

We will register this case in the Database of Attackers and Pressure of Journalists as well as in our regional database SafeJournalists.net, and inform the competent authorities, institutions and international organizations. We also welcome the quick reaction of the competent authorities and we hope that they will quickly and efficiently investigate the whole case and punish the perpetrators.