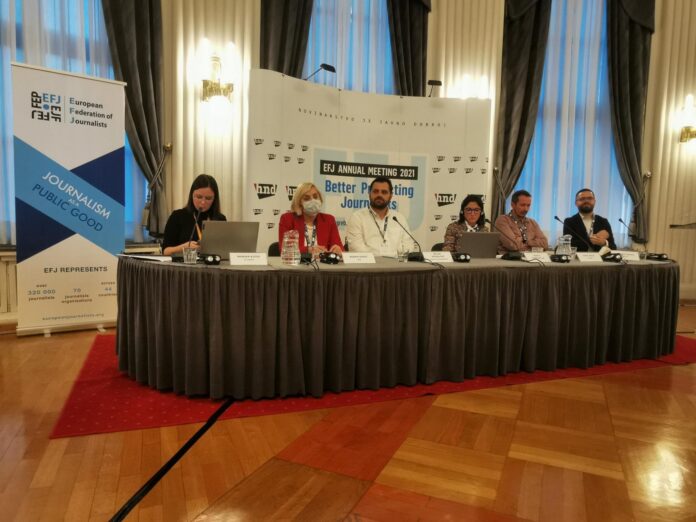 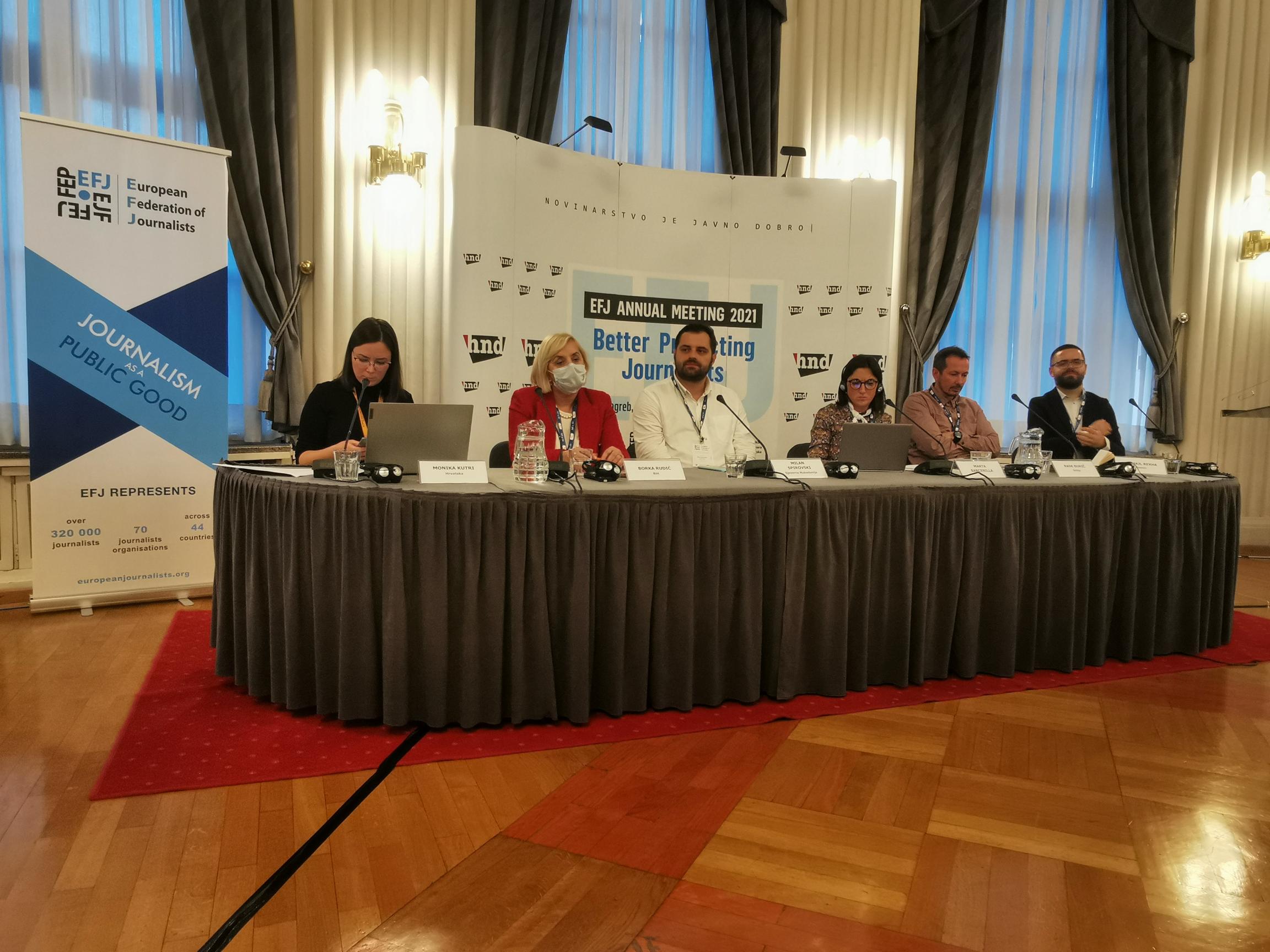 At the Annual Meeting of the European Federation of Journalists (EFJ) in Zagreb, a panel discussion entitled “Journalists under pressure in the Balkans” the researchers from seven countries presented the index for the level of safety of journalists from the Western Balkans for the past year.

The representative of the Association of Journalists of Macedonia (AJM) Milan Spirovski at the position of project researcher had his presentation where he presented the indicators and current trends in the context of the safety of journalists in North Macedonia.

In front of the audience of seventy delegates from journalists ‘associations from several European countries he said: “Last year the number of cases against journalists and media in North Macedonia decreased but the general policy of impunity continues, especially for the old cases where journalists’ rights were violated. Only two of the 14 cases have been resolved by court ruling, and public condemnation of relevant actors for attacks on journalists has already become a practice. However, there are examples of public humiliation by party representatives against journalists.”

At the panel, AJM pointed out that is continuously requesting special departments within the criminal court and the prosecution with aim to increase the efficiency in the protection of journalists’ rights, especially now before the new amendments to the Criminal Code which provide additional institutional protection for journalists.

The panel was part of the EFJ Annual Assembly, which represents over 320,000 journalists from 44 countries and 70 journalists’ associations. The event was attended by Dragan Sekulovski, the AJM director in the role of delegate and Milan Spirovski as a researcher and co-author of the annual report on journalists’ safety indicators.