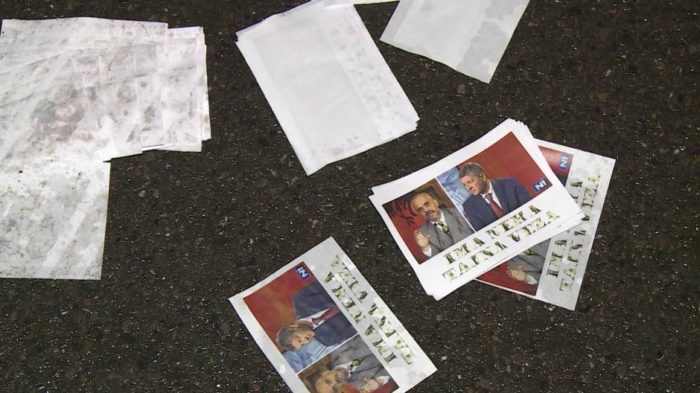 BELGRADE, 07.11.2019. – Unidentified men threw leaflets into the grounds of N1 TV on Wednesday evening while the Pressing interview with Vetevendosje leader and most likely future Kosovo Prime Minister Albin Kurti was being aired.

Pictures of Albania’s Prime Minister Edi Rama and N1 Program Director Jugoslav Cosic were printed on the leaflets above the caption – some secret connection. The police were called to investigate the incident.

Similar incidents have taken place in the recent past when leaflets reading Republic of Serbia Goodbye – N1 Welcome to Luxembourg were thrown over the fence around the N1 station grounds and when imitation passports inscribed Republic of N1 were handed out at a protest gathering. N1’s parent company is registered in Luxembourg.

Earlier in the day, pro-government tabloids reported on the announced Pressing interview with Albin Kurti under headlines saying – Huge Scandal Albin Kurti Comes to N1 falsely claiming that the Vetevendosje leader would be in Belgrade even though the show was recorded in Pristina.