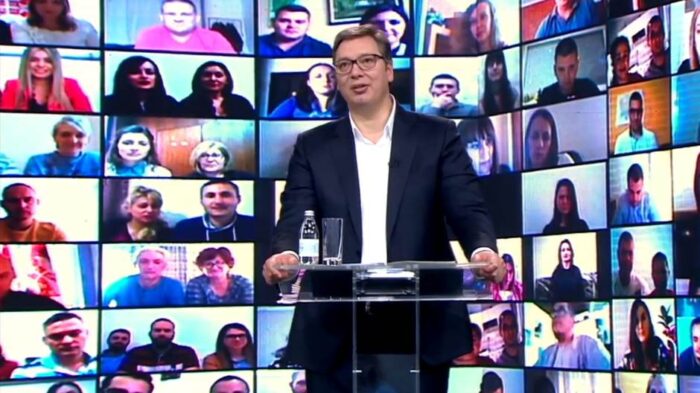 BELGRADE, 09.06.2020. – Two Belgrade-based NGOs on Monday called for a ban on election campaign videos featuring Serbian President Aleksandar Vucic which do not clearly state his position.

The Bureau for Social Research (BIRODI) and the United Civic Movements (UGP) called the Regulatory Body for Electronic Media (REM) to ban those videos, a joint statement said, recalling that the Law on Advertising forbids deceiving and covert advertising.

Deputy Prime Minister Zorana Mihajlovic said that the demand to ban videos with Vucic in them was an attempt to ban both the president and everything that the SNS has done.

The two NGOs said that Vucic is both president and leader of the ruling Serbian Progressive Party (SNS), adding that the disputed videos are in support of the SNS list of candidates for the coming parliamentary and local elections.

“Aleksandar Vucic becomes a participant in the elections as an elected official – the President of Serbia – but without stating whether he is appearing as the president which is, by definition, deceiving the public,” the statement said. It said that under the Law on the Anti-Corruption Agency that can be considered corruptive activity.