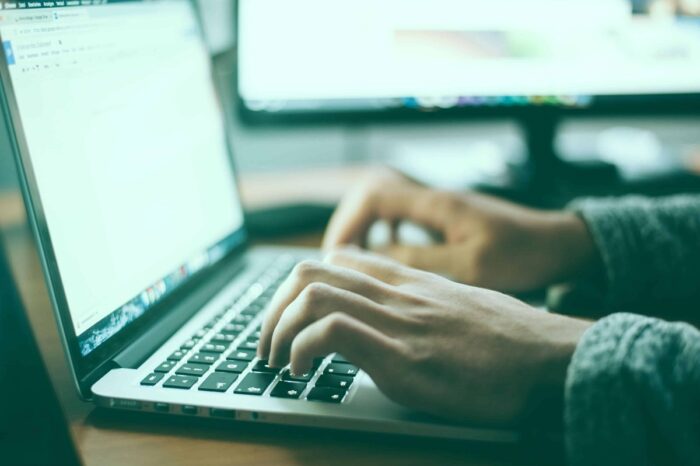 BELGRADE, 15.05.2020. – Earlier this month, the latest Freedom House report on the state of democracy in former communist countries concluded that Serbia, together with Montenegro and Hungary, can no longer be regarded as a democracy.

Since one of criteria by which Freedom House measures the quality of democracy in a country is media freedom, its findings came as no great surprise. The Covid-19 outbreak in Serbia has served to highlight the government’s extremely negative attitude towards the media. This can be seen in its attempts to control the flow of information, its favouring of pro-government media and its hostility towards independent media outlets.

When the coronavirus was still regarded as a serious problem only in China, South Korea and Iran, Serbian media coverage was mainly sensationalist in nature and focused on disseminating fake news and conspiracy theories. Even when a serious outbreak occurred in Italy – uncomfortably close to home – the mainstream media, like the authorities, tried to downplay the gravity of the situation.

These media gave space to flippant statements from prominent doctors and members of the government’s pandemic Crisis Team. One medical specialist told a press conference advised Serbian women to go shopping in Italy and take advantage of the good bargains to be found there. The same specialist described the coronavirus as “the most laughable virus” and insisted that it was “nearing its end”.

The media also amplified conspiracy theories, such as one according to which the coronavirus was “the fraud of the century”. This story appeared on the front page of a tabloid on 7 March, the day after Serbia’s first case of Covid-19 was officially confirmed. In Serbia, several tabloids receive money from the state budget as part of a media co-financing scheme and bid for government funds at both the national and the local level. This arrangement has far-reaching implications for media freedom and journalistic ethics.

On 15 March, a state of emergency was imposed that gave President Aleksandar Vučić sweeping powers to introduce a range of restrictive measures aimed at halting the spread of the virus.

Meanwhile, independent media in Serbia had been trying to establish whether the country was prepared for the arrival of an epidemic: whether there were enough hospital beds, respirators, medicines and so on. Institutions asked to respond to such questions simply ignored numerous requests for information submitted under the Freedom of Information Act (FOIA). And in what has become normal practice, government officials only responded to requests for comments made by pro-government media.

The situation regarding respirators was a closely guarded secret: the authorities either refused to divulge any information or did not provide enough information to enable journalists to get an accurate picture of the real state of affairs. President Vučić and Prime Minister Ana Brnabić insisted that such information was “confidential” and a “state secret”.

The Serbian authorities also took advantage of the situation to evade scrutiny in other, non-Covid-19-related areas: they responded to hardly any questions pertaining to other topics and said that most FOIA requests could not be dealt with until the state of emergency was over.

All this formed the prelude to even stricter control of the flow of information.

On 29 March, the government adopted a decree entitled “Conclusion on informing the population about the condition and consequences of the infectious disease COVID-19 caused by the SARS-CoV-2 virus.” The aim of this decree was two-fold: to ensure a completely centralised flow of information from the pandemic Crisis Team in Belgrade (that is, from the government) and to send out a message to journalists that the use of unofficial sources could make them liable to prosecution.

It was not long before a journalist fell foul of this decree. On 1 April, the journalist Ana Lalić published an article on the news website Nova.rs about the poor working conditions and lack of protective equipment for staff at a hospital in Novi Sad, the capital of the northern Serbian province of Vojvodina. A few hours after the article’s appearance, the Vojvodina Health Secretariat made a criminal complaint and shortly after this Lalic was arrested.

The police confiscated her mobile phone and computer and Lalić spent a night in custody before being released. She was charged with causing panic and unrest. The incident sparked an international outcry, with the Council of Europe and media freedom organisations protesting against Lalić’s detention. On 2 April, Prime Minister Ana Brnabić apologised for the adoption of the decree criminalising the use of information derived from unofficial sources and promised that the government would revoke it immediately. However, it was not until 27 April that the criminal charges against Lalic were dropped.

The imposition of the state of emergency and the adoption of the decree controlling the flow of information have raised serious concerns over the Serbian’s government commitment to media freedom, especially in view of the fact that President Vučić served as minister of information from 1998 to 2000. During this period, when Slobodan Milošević was the president of what was still the Federal Republic of Yugoslavia, the media were subjected to some highly restrictive legislation.

In 1998, the government imposed a tough Information Law which included the provision that those who sued the media were not required to prove their allegations, while the media were only given 24 hours in which to produce proof for any statements made in their reports. Crippling fines were imposed on any media outlet that lost a case, with the consequence that many were burdened with huge debts and others had no option but to fold.

In March 1999, when the NATO bombing of Yugoslavia began, strict censorship was imposed. The following month the prominent anti-regime journalist Slavko Ćuruvija was murdered in front of his apartment building. It was not until April 2019 that four former state security officers were convicted of his murder.

On 12 March, the government began to hold daily press conferences devoted to the coronavirus crisis. Although in theory all journalists were allowed to attend these conferences, over time more and more restrictions were introduced in order to limit the number present in the room.

Finally, on 10 April the Crisis Team decided to ban journalists from the press conferences altogether. One of the reasons given was that some newsrooms had become infected with the virus. Journalists were told that they would henceforth have to submit their questions in advance via email.

Problems arose from day one: questions submitted by some media were ignored, while other media knew in advance which officials would be present at that day’s conference. Soon, most independent media outlets announced they would no longer be sending in questions via email.

The Covid-19 outbreak has highlighted another trend that has been gathering force in Serbia for years: the growing influence of China (alongside that of Russia, which has always been pronounced). The Chinese presence in Serbia – in the form of investments, loans, surveillance equipment and diplomacy –has been increasing over the last couple of years. With the arrival of coronavirus in the country, the Chinese presence has become even more noticeable. On the same day as he announced the imposition of a state of emergency in Serbia, President Vučić declared that “European solidarity does not exist” and praised China for its help.

The public broadcaster, Radio Television of Serbia (RTS), carried live coverage of the arrival in Serbia of Chinese aid: medical supplies, equipment and staff. One of Vučić’s addresses to the media was delivered in the company of China’s ambassador to Serbia, Chen Bo, and Chinese medical staff. These were then interviewed by RTS and other media. Serbian pro-government tabloids have adopted a highly positive stance towards China and their front pages regularly feature stories about China “sending vaccine to Serbia”.

Ever since the Serbian Progressive Party (SNS) came to power in 2012, one of its main tools for manipulating the information flow, media and public opinion has been the so-called bots. These are deployed in two main areas: on news websites, where they comment on stories or engage with other people’s comments, and on social networks, mostly Twitter, where they plant pro-government content and reactions in a coordinated manner. This generally takes the form of glorification of the president or a member of the government, or an attack on government critics and independent media.

On 2 April, Twitter announced it had removed almost 9,000 accounts that were “working to promote Serbia’s ruling party.”

“Toward the end of last year, we identified clusters of accounts engaged in inauthentic coordinated activity which led to the removal of 8,558 accounts working to promote Serbia’s ruling party and its leader,” Twitter said.

Further analysis carried out by the Balkan Investigative Reporting Network (BIRN) shows that tweets of just five of the deleted accounts were embedded in stories published by some pro-government tabloids at least 23 times, suggesting the total number across the network may run into the hundreds.

Although the accounts identified by Twitter as being engaged in “inauthentic coordinated activity” have been decommissioned, there are signs that the bots have not been defeated but are continuing to ply their trade via other accounts.

See “How media worldwide are covering the coronavirus crisis” for a complete list of EJO articles in English devoted to this topic.