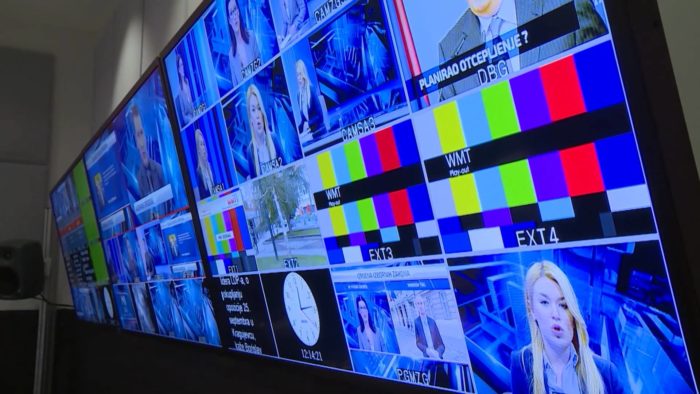 BELGRADE, 27.12.2019. – Research conducted by two independent watchdog organizations showed that more than a third of the reporting on the five Serbian TV stations with national coverage were about President Aleksandar Vucic and the ruling coalition.

The five stations are the Serbian state TV (RTS) and the private Pink, Prva, Happy and O2.

According to the CRTA organization, almost 75 percent of the reporting on politics on those stations was devoted to the ruling coalition and more than a third to Vucic. The RTS devoted 80 percent of its news to the ruling parties.   CRTA said that the officials of the ruling coalition were presented in a positive light while the opposition Alliance for Serbia (SzS) got negative publicity and the other opposition parties were given neutral coverage.

The Bureau for Social Research (BIRODI) said that the five stations devoted more than 33 hours to President Vucic between September 1 and November 30. The most coverage was on TV Pink which devoted 60.6 percent of its news coverage to the president while the other stations ranged from 10.9 percent on the RTS to 6.1 percent on TV Happy. The coverage of Vucic was predominantly positive.

Birodi said that the most balanced coverage of the Serbian President was on N1 TV.