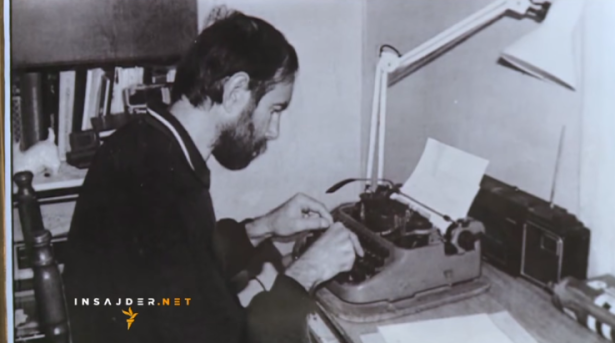 The commission for investigating the killings of journalists reminds the public that June 11 marks the 19th anniversary of the murder of Milan Pantic, the correspondent of „Vecernje novosti“ in Jagodina. Milan’s closest of kin, his journalist colleagues and the Serbian public have been seeking justice for Milan Pantic for almost twenty years. Yet, there is no justice: the murder remains unsolved, the murderers are still at large and the instigators anonymous.

The commission for investigating the killings of journalists has changed the course of the investigation into this crime. The working group of the Commission, headed by Dragan Kecman, the police inspector who earned credit for his dogged investigation of the finally resolved murder of Slavko Curuvija, found crucial new information pertaining to the cold Pantic case.

This June 11 will mark two years since the Commission, based on information thus obtained, has been demanding that the Special Prosecutor’s Office for Organized Crime take charge of Milan Pantic’s murder case and officially open its own investigation. Two years ago, the request of the Commission was publicly supported by the Association of Journalists of Serbia which Milan belonged to.

Yet for two years, the Special Prosecutor’s Office for Organized Crime has ignored the demand to open an investigation in the case of the journalist whose investigative reporting of suspicious privatizations in Jagodina was shut down when he was murdered.

The Special Prosecutor’s Office has an obligation to explain to the public its inaction and indifference towards the murder of this investigative journalist.

In 2001, our colleague Pantic came to believe that Serbia had at last become a democratic state in which journalists were allowed to shed light into important affairs of the state, and bring to the fore suspicious actions of important state officials. That illusion cost him his life. The way to show respect to this honest and professional journalist is by proving that justice, although slow, will prevail.

The police and judicial authorities in Jagodina are not up to the task. Our findings indicate that the decade long investigation was not conducted properly, that important material evidence was not preserved, that important investigative actions were not performed, while others were not properly processed and documented.

But the conspiracy to silence Milan Pantic, according to everything we know now, was not hatched in Jagodina but higher up, in the circles that decided on privatizations in the Republic of Serbia. We are deeply convinced that Milan Pantic was the victim of an organized crime and that the Special Prosecutor’s Office for Organized Crime in Belgrade should be in charge of solving the crime and bringing the perpetrators to justice. Ignoring this would bring shame on all of us.

The Special Prosecutor’s Office must not sit tight and ignore its obligation until the twentieth anniversary of the murder of Milan Pantic.

Chairman of the Commission for investigating the killings of journalists


Veran Matic / Chairman of the Commission for investigating the killings of journalists, Belgrade, 08/06/2020