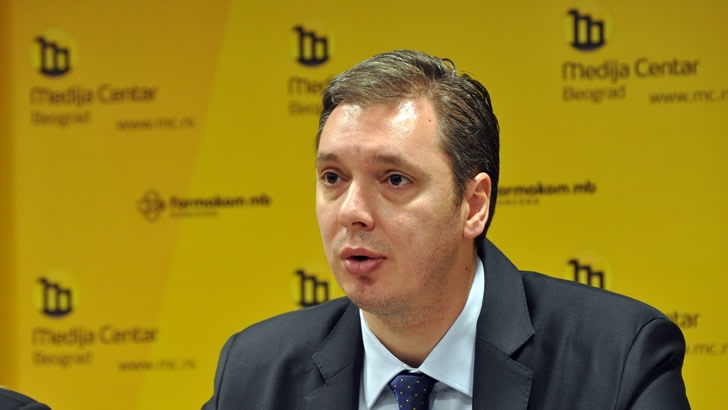 BELGRADE, 06.06.2018. – Serbian President Aleksandar Vučić said in an interview for Euronews that there have not been and will not be “horrific attacks and murders” in Serbia, like there have been in Slovakia, Malta and recently in Montenegro, where a journalist of newspaper Vijesti was injured.

According to his statement, “one part of our media and civil society is dissatisfied for some reason”, and he is very ready to listen to them in an effort to “find the best solutions for everyone”.

“But, please, buy tomorrow’s newspapers and tell me if they attack someone more than me,” he said.

Interestingly, according to the Independent Association of Journalists of Serbia, over the last ten years there have been nearly 600 physical attacks, threats or cases of  pressure exerted on journalists in Serbia.

One of the most dramatic cases happened a year ago, on 31st May 2017, when six journalists were attacked while reporting during the presidential inauguration as Vučić was taking office. They were dragged and choked by members of the security service of the ruling Serbian Progressive Party, which was responsible for securing this rally of party supporters.

Despite the photographs of the violence that soon emerged, the prosecution service dropped criminal charges, on the grounds that there were no elements of a criminal act.

Serbia’s institutions have also yet to shed light on the death of three journalists – Dada Vujasinović in 1994, Slavko Ćuruvija in 1999 and Milan Pantić in 2001.