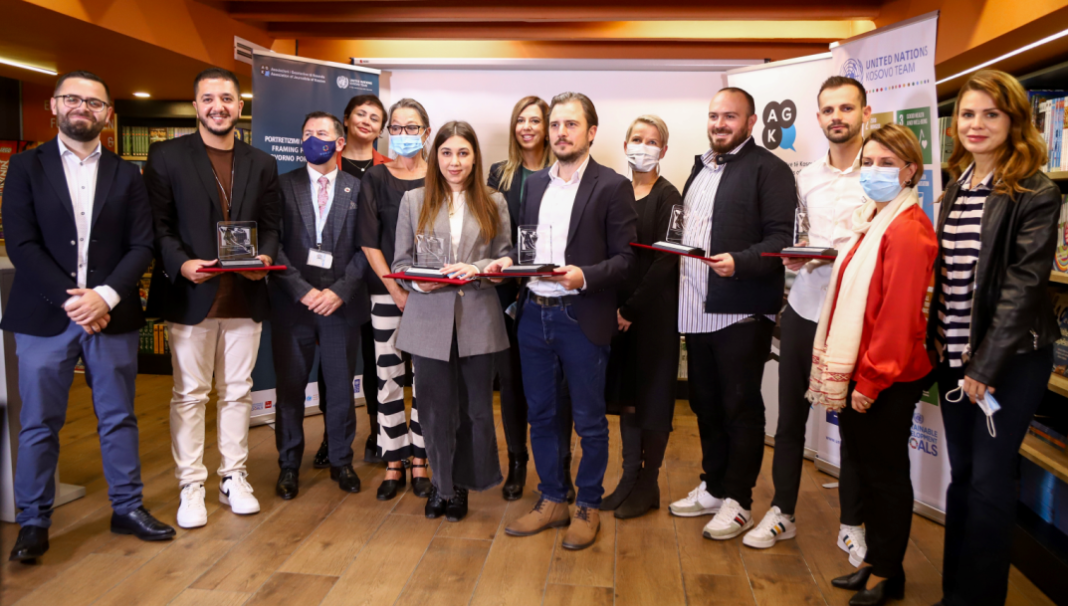 The Association of Journalists of Kosovo in partnership with United Nations agencies in Kosovo – UNKT, under the coordination of the Office of the Development Coordinator – Ulrika Richardson, held today the 16th edition of the annual journalism awards “Award for Best Reporting on Poverty Eradication”.

The 16th edition was held under the slogan “Framing Poverty Responsibly”.

This year, the story of the journalist Genta Zejnullahu from TV Syri was awarded with the “The best short video story”.

The award for the best audio story was awarded to Denis Galushi, a journalist from Radio Kosova 2.

The prize for the best-written story was awarded to Fitim Gashi, a journalist from KOHA Group.

While, in “The best TV documentary” category, the prize was awarded for the documentary “Working today, only for tomorrow”, by journalist Vjosa Çerkini.

The photographer Valdrin Fetahu was awarded for the best photography. In addition to awarding the prizes, the participants were also addressed by the Chairman of the AJK Board, Xhemajl Rexha and the United Nations Development Coordinator, Ulrika Richardson.

AJK would also like to thank Dukagjini Bookstore for offering their space for organizing the awards ceremony.