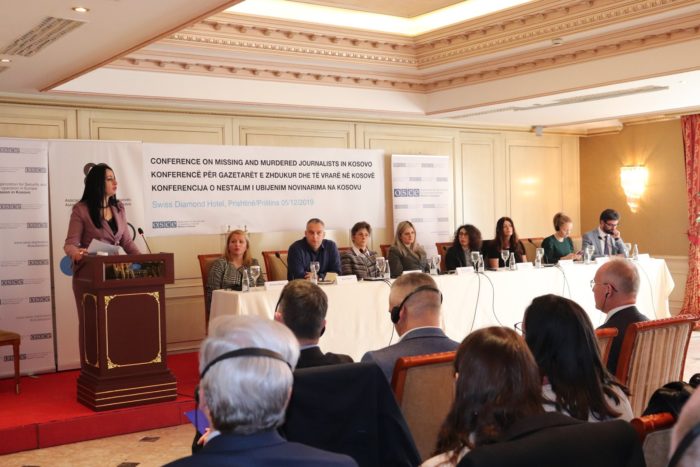 The Association of Journalists of Kosovo

Pristina, 05 December 2019 – Association of Journalists of Kosovo has demanded justice for all killed and missing journalists in Kosovo during the period 1998 – 2005. At a conference organized by the AJK in co-operation with the OSCE Mission in Kosovo, where relatives of the murdered journalists were present, it was said that lack of justice in these cases represents a black spot for the institutions of both countries, Kosovo and Serbia.

The head of the OSCE Mission to Kosovo, Jan Braathu, said the cases of missing and killed journalists are not an ethnic issue.

“This is not an ethnic issue between Serbs and Albanians. This is about the people, civilians, journalists who have done their job. We need to talk about these people. They are not statistics, they are fathers, brothers of somebody. We owe this to their families.” said Braathu.

He also added that impunity for crimes committed against journalists affects freedom of reporting and opens the door to similar attacks in the future. Ambassador Brathuu also called on prosecutors and judicial authorities to work closely together to clarify the fate of the 15 journalists. 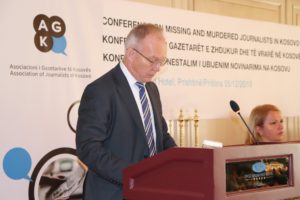 The president of the Association of Journalists of Kosovo, Gentiana Begolli Pustina, said that journalists would not stop seeking justice for their murdered colleagues by calling for assistance from international organizations in establishing a special fund that would support journalists’ investigation, not only to help light the case of our colleagues, but also as a sign of remembrance of their work.

“I said it yesterday in Gracanica, and I still say it today, for me as a mother of two, as a journalist, as a representative of Kosovo’s journalists, I don’t even care for a moment what ethnicity the killer has, their religion or function. It is important for me to see them where they should be, along with other criminals. And all of us expect this, just like you family members and us journalists.” said Begolli Pustina.

The lighting of these cases was also requested by the representative of Serbian journalists in Kosovo, Budimir Nicic.

“The resolution on the 15 journalists killed in Kosovo was approved last year, however, the Commission has not yet been set up. We demand that the truth about the suffering of our colleagues, regardless of nationality, be revealed and that the perpetrators be prosecuted and punished.  Four journalists are reported missing and 11 killed, for whom their family members have demanded justice today.” said Nicic.

Beriana Mustafa, the daughter of the murdered journalist Xhemajl Mustafa, said that it is important for them as family members to know who and why killed their loved ones.

According to her, talking about murdered journalists, seeking justice for them is not only a moral obligation but a fundamental right.

“Whatever the verdict of the justice institutions is, they (murdered family members) will not be resurrected. But for me, as the daughter of Xhemajl Mustafa, it is important that at least one night when we can sleep and close our eyes, we will be spiritually calm, because the murderers are in prison, and not every morning, each of us family members wake up to the question of why our family members were murdered.” said Mustafa.

Dijar Popova, the son of the murdered journalist of “Rilindja” newspaper Shefki Popova, said our institutions have failed to uncover the killings of their family members.

“It is said that two people waited at the entrance of the apartment and executed him. My dad was a devoted friend who has done his job with the greatest devotion. Speaking 18 years after the case, the institutions in this case have failed since EULEX, UNMIK. We hopelessly wander through all the institutions that have repeatedly closed our door saying that the investigation is continuing. For 18 years we cannot understand how no single case has been uncover.” he said.

The wife of journalist Afrim Maliqi, Sevdije Maliqi, recounted some touching moments when her husband was killed by Serbian forces on December 3, 1999. Maliqi announced that she has never been invited by any justice institution to speak about her husband’s case.

“The anniversary of his death, was also his birthday. Seems that his writings for someone have been unbearable. He has always been followed up. Even when we were together, we were followed by suspicious people. Living at the time with journalists, our life like we had, was not easy.” she said.

Serbian journalists were also present at the conference. Jelena Petkovic, who will soon publish a book about the murder of our colleagues and journalist Ivana Petrovic, who shared some memories of her murdered colleague. Serbeze Haxhiaj, Die Morina , Mimoza Lakna and Zekirja Shabani were other panelists who spoke about the fate of journalists murdered before, during and after the war in Kosovo.

Present at the conference was also the General Secretary of the European Federation of Journalists, Ricardo Gutierrez, who emphasized that for the institution that represents the resolution of these cases is of particular importance and how the mechanism will stay with the AJK and associations of Serbian journalists to deepen co-operation on this point.

The event was also welcomed by OSCE Representative on Freedom of the Media, Harlem Desir.

A special guest at the event was also Kosovo’s first Ambassador to the US, Avni Spahiu, a friend and colleague of many of the murdered and missing journalists in Kosovo.

At the end of the conference, recommendations were also given on how to further the issue of the 15 murdered and missing journalists in Kosovo. 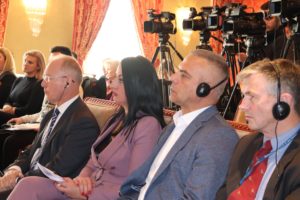 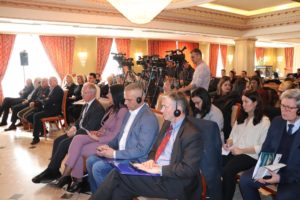 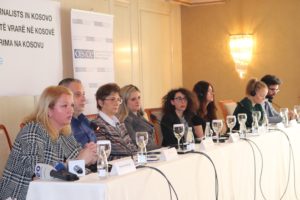 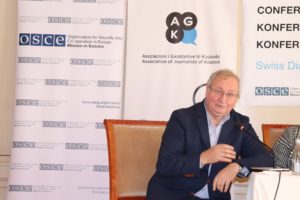 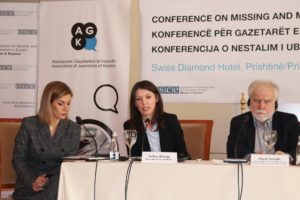 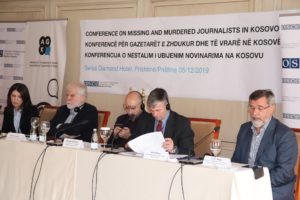