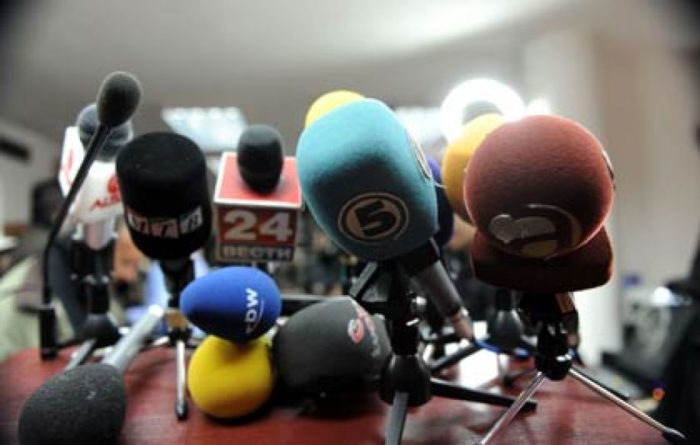 SKOPJE, 22.04.2020 – With the extension of the state of emergency in the country, AJM believes that there must be a way for better communication and transparency in the relationship between government institutions and health centers in order to guarantee freedom of expression and the right to information. The Association of Journalists of Macedonia believes that there are many ways to improve the cooperation between journalists, media and institutions, given all the remarks that have reached us so far from our membership.

We as an organization, as well as many of our members, are dissatisfied with the lack of two-way live communication through video tools during ministerial press conferences. With the current practice, through this communication, journalists are not given enough space to have an additional question or comment on a given answer. This way the interlocutor does not always answer the question, and has an opportunity to be selective in his responses. Therefore, we demand from the Government to leave enough time to journalists to ask additional questions, in order to provide complete information from the interlocutor.

The second option, which we believe has the potential to be implemented, is to hold open-air press conferences when the weather conditions allow (in front of the Government or at another convenient location) with physical distance between journalists, but also between journalists and interlocutors. This is the recommendation of AJM and our partner organization the European Federation of Journalists (EFJ), which suggests to all its’ European members. This option should not exclude the first option because it proved to be useful for journalists from other cities.

On the other hand, we welcome the Government’s decision to provide a minimum wage for journalists and media workers, a measure we have publicly demanded together with the Journalists’ Union in order to facilitate the work of the media in this difficult period. AJM points to the risk that if the crisis continues in the coming months, it is necessary to consider additional measures to overcome the economic difficulties of the media and avoid firing journalists and media workers. These measures should be effective and include not only traditional media but also online media, because they did not receive any financial assistance in the past month.

Finally, we wish to emphasize that in a global pandemic, today more than ever, we need quality corespondents. It turned out that correspondents in such a situation are very important for both the media and the citizens. Therefore, we believe that additional efforts should be made to secure their place in the newsrooms. We remind of the recommendations of AJM for improving the correspondent networks of MRTV and MIA with legal changes, but also with recommendations to national televisions and daily newspapers.