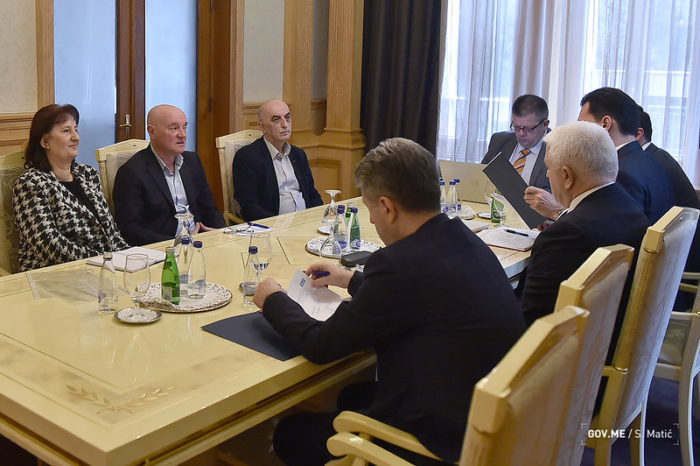 PODGORICA, 16.03.2020. – Montenegrin Prime Minister Dusko Markovic has met with representatives of almost all media in recent weeks to discuss the current situation on the media scene and try to overcome divisions.

This was a rare opportunity to unite the polarized media scene in Montenegro, at least formally, so Markovic spoke with representatives of Radio Television of Montenegro, “Pobjeda”, “Dnevne Novine”, but also with the “Vijesti” and “Dan” at the same table. Admittedly, not at the same time.

The meetings were organized within the framework of the Alliance for Europe initiative, which was launched with the aim of overcoming divisions and finding a common denominator in the interests of citizens and their European perspective.

After the meetings, the Government made announcements, explaining that it was talked about improving the media scene and media legislation.

The Prime Minister expressed his readiness to reconsider some solutions in media laws after talking to the media.

“It would be a good idea to reach an agreement with the Montenegrin media community”, Markovic said.

Thus, at the meeting with Deputy Editor-in-Chief of “Dan”, Nikola Markovic, it was stated that “Government and the media should work together to upgrade the media legislation, strengthen the Montenegrin media scene and its sustainability and professionalism as a need of the Montenegrin society.”

The message of conversations with RTCG leaders is that “public service broadcasters should not compete with the commercial media but provide a quality program that is standard and necessary in accordance with the public interest.”

“Our goal in this dialogue with the media is to help them be sustainable, regardless of their editorial policies. We recognize the particular temptation that the media is facing today“, Markovic said at meetings with Pobjeda CEO and editor-in-chief Drasko Djuranovic and TV Prva CG directors Sonja Drobac and Nova TV Ivana Sebek.

At one of the meetings, it was also stated that “we are facing an unprecedented amount of fake news directed against the state lately, which requires coordination of state authorities and the media”.

Fake news stories that have appeared in the media recently have resulted in the arrests of three journalists for allegedly causing panic and disorder.