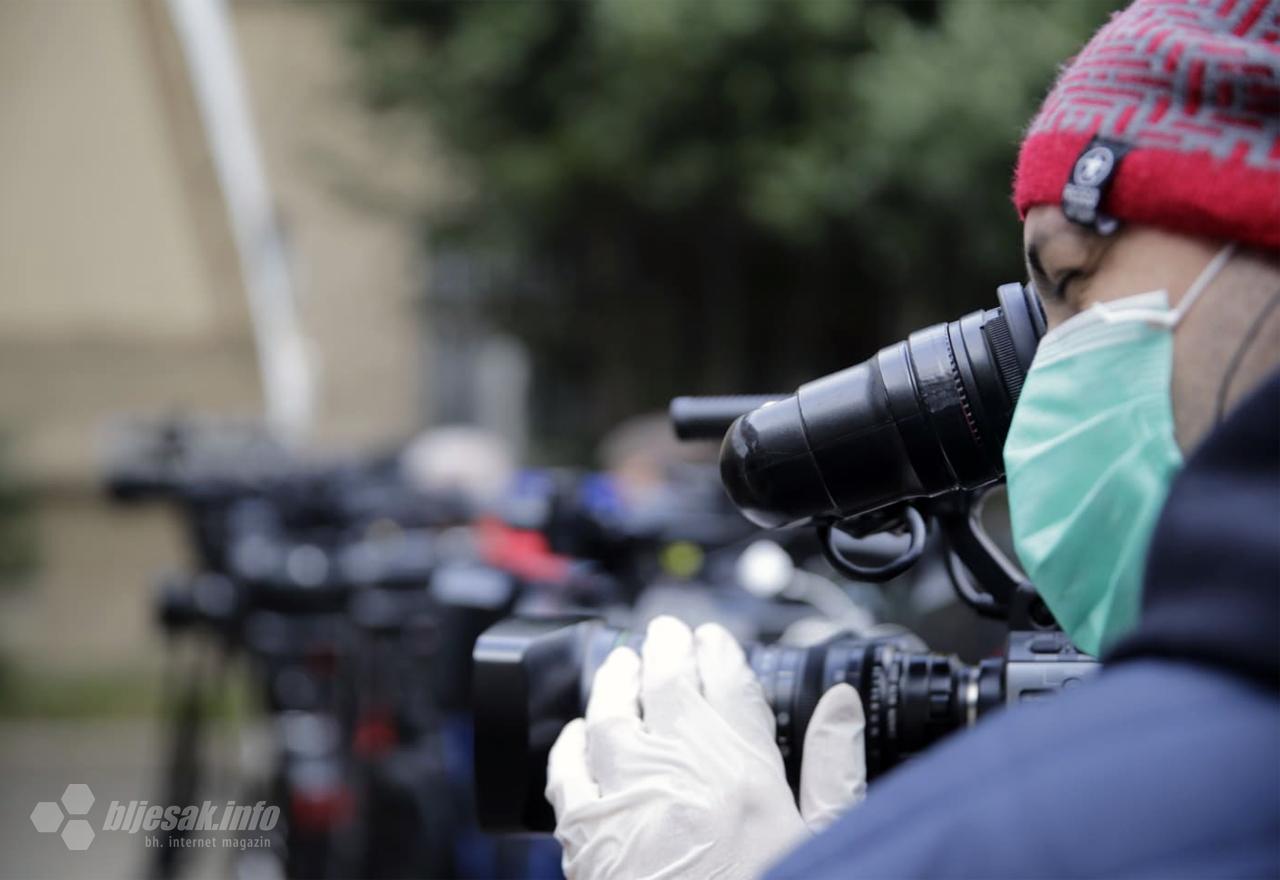 SARAJEVO, June 15, 2020 – More than 83% of journalists in Bosnia and Herzegovina believe that the crisis staffs did not provide objective and comprehensive information to citizens about the coronavirus, according to a survey of BH Journalists, conducted on a sample of 102 journalists from across the country on access to public information regarding COVID -19 and within the system of press conferences with a limited presence of journalists or completely without them.

The survey showed that media professionals in Sarajevo, Mostar and Banja Luka had the most problems with access to public information about the pandemic, while in other cities communication with public officials and members of crisis staffs was organized in a much more efficient and simple way. Also, a significant number of questions, which the journalists considered to be extremely important for the public, were left without a credible answer from the members of the crisis staffs. These were issues related to public procurement and general spending of budget money during the pandemic, causes of death of patients and failure to perform autopsies of the deceased, number of coronavirus tested and protection measures, effectiveness and duration of tests, occurence of virus in hospitals and clinical centers, patient path…

To the question “Do you think that the current way of informing from press conferences without journalists enables professional reporting in the interest of citizens?”, as many as 83.3 percent of respondents answered negatively, ie that the information they received were general and without all of the data they need. Only 4.9% of respondents were completely satisfied with this way of informing at press conferences, while 11.8% could not answer whether they were satisfied or not.

When asked “how journalists should react in order to protect their profession and objectively inform citizens about the introduced practice of holding press conferences without the presence of journalists”, the largest number of respondents – 42.2% – answered that they are not sure what to do in this situation.

As many as 41.2% of the surveyed journalists stated that press conferences should be boycotted, and information should be transmitted only from the official website of the institutions / crisis headquarters. About 3.9 percent of respondents stated that there is no need for any reaction and that this way of placing information is quite sufficient.

A smaller percentage of respondents (1 percent each) answered that the authorities should be required to organize different kind of communication with the public because the public has that right, to protest against such practices through statements by journalists’ associations, to ask for press conferences with protective measures, to follow existing conferences but criticize the work of institutions that give shallow answers on a daily basis, and to react with professional, impartial and investigative journalism.

Out of the total number of surveyed journalists (102), 76.5% are in permanent employment, 17.6% are freelancers, while the rest work part-time, voluntarily or under different employment contracts.