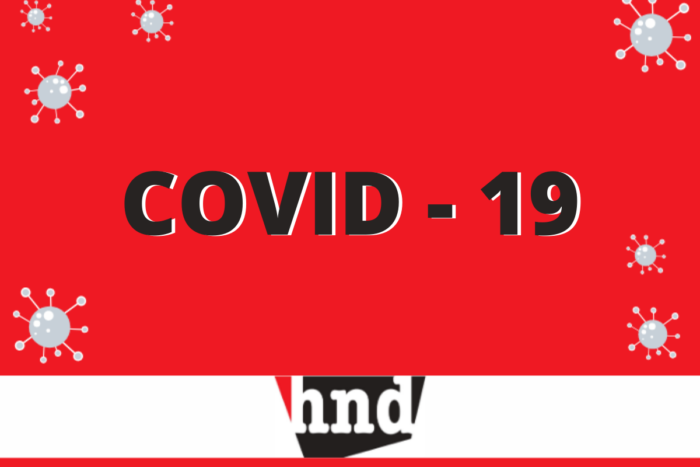 Journalism is in a health and economic crisis that is threatening with the coronavirus epidemic. The functioning of vital public services – from healthcare, through supply, to the financial system – and the personal sphere of citizens’ lives depends directly on timely and verified information while spreading misinformation can make all crisis scenarios much more difficult. We need journalism now more than ever.

The mass media today have the ability to quickly reach every screen, every isolation or quarantine. However, the news is not generated in self-isolation or solely by searching the internet. Quality reporting cannot be ensured without a press presence at numerous crisis sites. This includes increased exposure of reporters to the coronavirus.
The Croatian Journalists’ Association (CJA) is, therefore, asking the Government of the Republic of Croatia to provide protective equipment and rapid tests for coronavirus for all journalists, photojournalists, cameramen, and technicians on assignment.
Should a general quarantine be declared – we request that all journalists, all photojournalists, and their technical staff who take to the field be allowed to move freely, who have a proper press card of the home editorial office or a membership card of the CJA or the International Journalist Card.

Reporting institutions, but also journalists, photojournalists and other media workers have not yet recovered from the negative effects of the 2008 global economic crisis, and are expected to be further affected by the economic consequences of the coronavirus epidemic. The assumptions are that advertising revenues of media companies, which are already ending up in the hands of global digital companies, will now decline further, which will again threaten the liquidity of commercial media, and thus journalists and all media employees.

The Croatian Journalists’ Association is extremely concerned about the circumstances and the future development of the situation, which could again lead to the extinguishing of the jobs of journalists and other media employees and the devastation of the media, especially small, local and independent, non-profit media. As there is a problem in the media sector of the unregulated rights of freelance journalists, we express particular concern about their future, aware that in most media they may be the first to be hit by the effects of the coming crisis, either through layoffs or through the stagnation of new engagements.

We recall that, according to the National Media Report (Ministry of Culture 2015), the global economic crisis of 2008 affected the long-term crisis in the media in Croatia, which called into question the exercise of the Constitution guaranteed rights to freedom of expression and the democratic function of the media. From 2008 to 2012, media employment was down 25 percent – from 12,500 to 9300 workers.

Furthermore, while the decline in the number of employees in the Croatian economy in 2013 was 16 percent compared to 2008, in the same period, according to the Central Bureau of Statistics, media activities recorded a 29 percent decrease in employment. According to the same source, the number of journalists reporting in writing decreased by 53 percent at the same time. Such a large decline in journalistic employment has resulted in a decline in media production, media awareness and erosion of unprecedented levels of journalistic standards, as warned, according to the National Media Report (2015), by media workers themselves. From 2004 to 2014, the Croatian Employment Service recorded 5206 entries of media workers into the unemployment register.

* Given the announcement that due to the possible lowered revenues from the coronavirus crisis, the state could respond by providing entrepreneurs – in this case media publishers – with certain financial reliefs or delays, the CJA is asking the Croatian Government to provide every form of incentive, assistance and financial relief for media companies should be firmly and exclusively bound by a clear, written, contractually defined obligation of a media company that they will guarantee that during the crisis and at least one year after using state aid, there will be no layoffs of full-time media employees, as well as cancellation of cooperation with external associates or freelance journalists. We also ask that financial relief measures be firmly linked to media owners, with the obligation not to reduce salaries for full-time employees and the fees of external associates and freelance journalists.
* The CJA demand that institutions not only provide measures for companies with action plans and measures but freelance journalists must also be included in these measures, in such a way that they can be further taxed and can have granted tax deferrals and reliefs, at least until one year after the epidemic has passed.
* It is also necessary to provide financial incentives and measures that would allow employers to pay external associates and freelance journalists, a remuneration of at least 70% of the contractual monthly fees previously paid, or 70% of the last paid fee, in the case of self-isolation due to coronavirus infection treatment needs, up to a total of three months. We believe that tax breaks can be one of the possible solutions, another may be the creation of a special national payment fund not only for journalists but also for other professions where part-time work is common. Finally, since 2017, freelance journalists (as well as other professions in which such a form of work is possible) pay contributions, therefore, health insurance contributions, and are not entitled to sickness benefits, and in that case, they would lose income.
* In addition, given the fact that in 2016 the third media sector (which grew in the post-crisis period) was devastated by the disastrous decisions of the then Ministry of Culture administration, the new crisis would completely destroy it. The CJA is, therefore, asking the Government to expedite the process of awarding funds (15 million Croatian Kunas) secured through the European Social Fund (ESF) for the Community Media Program, but also immediately call for proposals for the second phase of the same program, ie for the remaining 15 million Croatian Kunas, also secured through the ESF.
* Furthermore, given the announcement by the Electronic Media Agency that this year will accelerate the disbursement of funds to the beneficiaries of the Fund for the Promotion of Pluralism and Diversity of Electronic Media, CJA is requesting that the Agency announce a new two-year call for funds allocation in the third quarter of 2020.