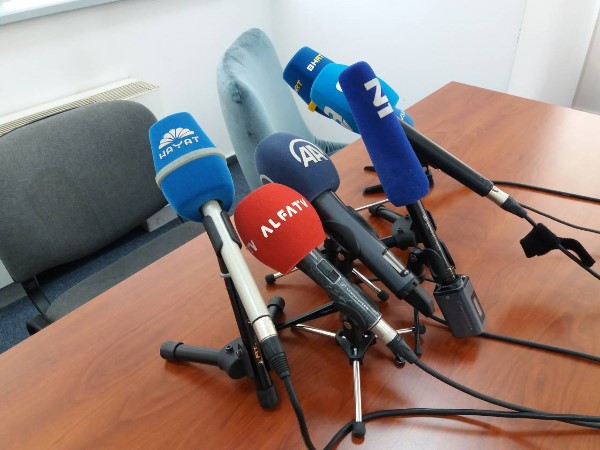 SARAJEVO, June 29, 2020 – More than 88 percent of public and private media in Bosnia and Herzegovina suffered financial damage when it comes to income from marketing and other commercial activities during the COVID-19 pandemic, according to a survey by BH Journalists Association. The aim of the survey was to assess the needs of the media to address the economic consequences caused by the pandemic. The survey involved editors and owners of 51 public and private media from across the country.

Commercial media in BiH, especially radio and TV stations, as well as print media and online portals have been hit hardest by the economic crisis caused by the coronavirus pandemic, respondents said. In addition to the financial consequences suffered to a greater or lesser extent by virtually all media outlets in the country, the current crisis in a large number of media has led to reduced production of media content, and so far a smaller number of media had to lay off some of its employees – journalists and administrative staff.

As many as 38 surveyed media owners said that their number of advertisers was reduced by at least 20 percent during the crisis. More than half of the respondents state that despite the crisis, they managed to pay contributions for workers and taxes to the state, and a small part of the media (13) failed to fully settle those obligations. Invoices to suppliers and other costs of program production were not paid by 14 media outlets, 30 of them fulfilled this obligation and seven media outlets partially paid the costs.

What the real consequences of the crisis are remains to be seen, given the fact that the largest number of media outlets (54.9%) have not yet made an assessment of the economic damage caused during the pandemic. So far, 41.2% of respondents have done so. According to them, the biggest damage was suffered when it comes to income from marketing and other commercial activities (88.2 percent). This is followed by a decline in sponsorship revenues (7.8%) and budget grants (2%). According to the rough estimates of the surveyed media owners, depending on the size and form of ownership over certain media, economic damages range from tens of thousands to over half a million BAM.

Unless measures are taken to recover from the crisis and economic assistance is provided, as respondents believe, a large number of BiH media, especially local ones, will be shut down. They state that BiH institutions, from the local ones to the state level of government, should provide a special budget line for assistance and recovery of the media, and the support of the international community would also be important to them.

More than 84 percent of surveyed media owners believe that the state should establish a special fund to help the media in repairing the economic consequences caused by the pandemic, as well as with the aim of strengthening the quality of media content. According to the majority of respondents (58.1%), such a fund should be formed as a completely independent institution. Funds should be distributed transparently and in accordance with the importance of the media, declining revenues and losses and the number of employees.

One of the proposals supported by the largest number of respondents (36) is that the media community should send amendments to the COVID-19 Law with a focus on economic support to the media and put pressure on institutions at all levels of government to adopt those amendments. Also, most respondents believe that exempting the media from paying taxes / VAT for a period of one year would significantly contribute to their financial recovery.

MILLIONS OF DAMAGES, MEDIA OWNERS FEAR IT WILL BE EVEN WORSE

From the beginning of the pandemic until today, BiH media have suffered multimillion damage and many say it will take them several years to recover from the consequences. A total of more than three million BAM were lost by 32 media outlets in BiH, which we asked to estimate the total economic damage caused in the past few months, ie in the period since the outbreak of the pandemic. Most of the respondents stated that they could not give completely exact figures and that the losses were just being added up, and many pointed out that the real consequences of the crisis would be felt in the coming period.