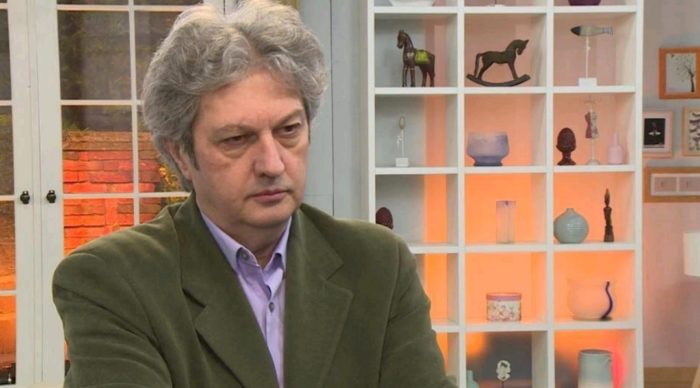 BELGRADE, 30.10.2019. – Several media organisations filed criminal charges against Milomir Maric, the editor-in-chief of the private Happy TV with national frequency, “for provoking national, racial and religious hatred and intolerance, as well as for damaging reputation based on racial, religious, national or other characteristics,” the Beta news agency reported on Wednesday.

A statement signed by “Slavko Curuvija “Foundation, Independent Association of Vojvodina Journalists (NDNV) and The Association of Online Media said that “it’s been a month after Maric insulted a professor at the Belgrade Philosophy Faculty Danijel Sinani during the TV morning programme, and the Higher Prosecutors’ Office, despite announcements, still did not notify the public about the state of an eventually launched proceedings against Maric.”

“At the same time, the Regulatory Body for Electronic Media (REM) also said it would start a procedure, but REM’s Council had not discussed the case yet, according to the minutes from its sessions,” the statement added.

On September 30, Maric insulted Belgrade University Rector Ivanka Popovic and professor Sinani during the morning programme, saying professors’ last name was “suspicious “(Albanian), and that he could not be a moral judge “since (Hashim) Thaci and (Ramush) Haradinaj (Kosovo’s President and outgoing Prime Minister) would shoot down a Serb who would dare to be that. ”

Sinani and Popovic supported Belgrade University students who barricaded themselves in the Rectorate for 12 days demanding the final verdict about Serbia’s Finance Minister Sinisa Mali doctorate which experts said was plagiarism.