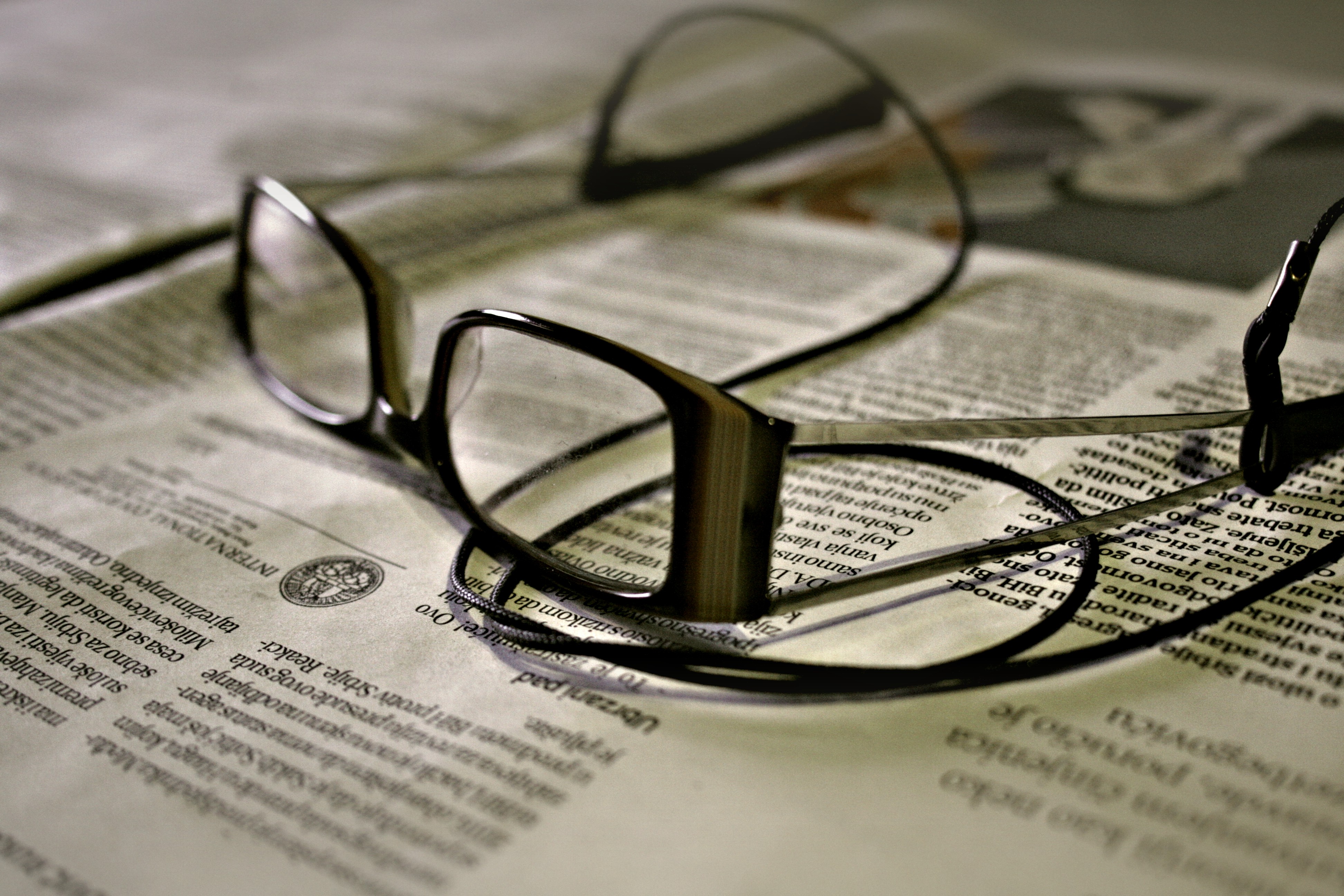 SARAJEVO, 02.07.2018.-So, how can we define defamation and insult? These two are not the same and must not be mistaken, which is exactly what most journalists do. Defamation and insult are not even regulated by the same law. On one hand, defamation is defined through special law (Law on Protection against Defamation), while insults are, on the other hand, subject to court procedures pursuant to Law on Obligations. Law on Protection against Defamation is defined through two Entity levels in BiH, and special one applied in Brcko District, which is mostly a copy of the two Entity laws.

For comfort, we should mention that this difference between defamation and insult was not quite clear to judges either, which was perhaps best seen through several court procedures where the courts treated one case as defamation (in one case) and insult (in another case). Let us focus this time on defamation only because it has much wider social and media significance.

2) Damage (towards physical or legal entity);

3) Identification of the damaged entity;

4) Transmitting to third and finally

In order to qualify something as defamation, all five of the above-listed elements must be met accordingly. Let’s analyze every one of these elements.

“False facts”. The way that the first of all five elements have been described (“revealing/ exposing and transmitting false facts” (FBiH), that is “revealing/exposing/transmitting of something of false nature” (RS and BD) is not the most satisfying way, due to both lexical and logical reasons. The term “false facts” in Federal law is definitely considered as (according to law experts) what the Roman law referred to as contraditio in adiecto (the contradiction in terms, figuratively and metaphorically speaking “round but square” or “wooden steel”). Also, the term “revealing/exposing/transmitting of something of false nature” (according to laws of RS and BD) opens many possibilities for countless interpretations by personal choice. If we leave these disadvantages aside, it is clear that what they refer to is “false or untrue allegations and false information”.

Legal liability is defined for revealing and exposing false information (“false facts”). For valued court (opinion), the liability does not exist at all, although certain qualifications (such as “idiot, fascist, dictator” or similar) must have some argument based background. These arguments and facts must not be proved because they are commonly known in public (and they can include public reveals issued by prosecutors, eventual criminal procedures, verdicts etc.).

Damage. This element is a constituent part of defamation whether it concerns physical or legal entity. Of course, a legal entity may suffer real and material damage, proved or assumed (future), while physical that is, non –material may not. In court practice in BiH, there are very few defamation suits claimed by legal entities and their claims for compensation included very high amounts (ranging from several tens to several thousands of BAM). At the beginning of court practice in BiH the compensation claims, appealed by physical entities for anguish and reputation violation were also very high, but currently, they are much lower (ranging from thousand to several thousand BAM).

How can we actually determine anguish? Court practice is unbalanced in BiH: while, on one hand, certain courts accept claims by the suitors where all medical expertise must be attached to their claims (with the intention to highlight their “sufferings” as much as they possibly can), other courts, on the other hand, make their judgments by analyzing all circumstances for each and every individual case and the latter was recommended by the European Court for the Protection of Human Rights. Reports by court experts are however often based on the copy – paste principle and mostly grounded according to statements provided by the damaged entities and these statements are also provided several months (and even years) after!

Identification of the damaged party. This must be evident and obvious, although it does not mean that the identification must be by the name only. If on certain basis everything becomes clear, that is, if the subject is indeed the damaged party (person/ entity), including the company, function, duty description of this person and similar facts), this could eventually become sufficient only for the lawsuit if other requirements are met as well.

Attention: We should be careful with media reports containing common and general qualifications such as the corrupted doctor, judge or manager. In smaller communities with two or three doctors operating, four or five judges, you could face charges pressed by all three doctors, or all four judges. We should be careful with photos from the archive if the illustration of the content, as they could contain incriminating and defamation elements. If the photo’s signature marks the title “hooligans rage throughout our stadiums” and if there are people on this photo that are not hooligans, but instead; the audience shouting and celebrating the goal, the audience that we know and see in our community, any one of them could press charges and submit a lawsuit against you. It is clear that they can suffer the damage due to the context in which they are unjustly and unreasonably framed.

Taking over the revealed information

Third parties. This element presumes that defamation content is revealed and exposed (exposed or transmitted as our laws refer to). This is the key link of defamation with media houses and their representatives, although the defamation may exist even if it has nothing in common with media houses – if defamation is publically revealed during public rally or gathering, or if it’s spoken out loudly in front of the particular group of people (for instance during public discussion), and if you want, in local pub. That, at the same time, represents the element that makes clear distinction between the defamation and an insult. Third parties may, but do not necessarily have to, exist in this case and can be involved in case of an insult. On the other hand, they must exist and be involved in defamation cases.

Why are two particular actions mentioned in our laws – revealing and transmitting?

The first surely, assumes the revealing of personal information and second one taking over previously revealed information from other media sources. Responsibility of course does exist for overtaken information if these contain defamation. Moreover, there have been cases in our courts were journalists and editors were charged for defamation for taking over reports and texts previously posted by other media houses and there were no charges pressed against those who had initially published these texts or posted video reports. Suitor is therefore entitled to sue anyone whom he/she considers as the party that had caused him/her most damage and this party or person does not have to be someone who had posted or revealed the original and initial story.

Of course, this doesn’t mean that no one should take over and transmitted information from other media sources, but we must be extra cautious any time we estimate that such content could serve as a background for eventual defamation charges. In these cases, a minimum what you could do is to address the original author of “suspicious” texts and ask for their opinion. As far as the information on social media is concerned, including all internet sources, we should pay attention and check everything at highest possible level.

They win or lose

Intention and inattention: For journalists and editors this is the most important element. If this element is missing – they lose everything; otherwise – they get everything.

BH judiciary system, just as laws and court practices in developed countries, provide successful and adequate defense during court procedures if authors/editors or media houses and their representatives acted in good faith and unintentionally and if they complied to commonly accepted professional standards, even in cases of releasing false information that may have caused the damage to third parties.

However, it is important to outline that good will and professional conduct are not evaluated by actions only until the (disputable and suspicious) information are revealed but even after this. Revealing true information and correction of false information is duty which is not limited by time. It is journalists’ duty and responsibility to reveal correct information and to rectify and re-correct false and untrue information anytime and anywhere.

Benevolence and good will, along with professional conduct must be proved and affirmed, even in public, that is, even if the court procedure is launched. The more this element is apparent and obvious, the more it becomes easier to prove in court and vice versa.

This text is a part of E-Bulletin–the first edition of the special serial of BHJ online bulletin implemented as part of the following project: Reinforcing Judicial Expertise on Freedom of Expression and the Media in South-East Europe (JUFREX).