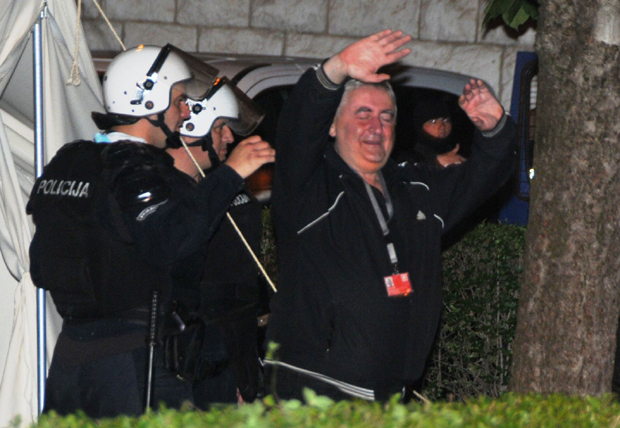 PODGORICA, 16.05.2020. – The recent police detention of journalist Veliša Kadić, who reported on the protest in Nikšić, provoked strong reactions from both national and international organizations.

Beside the SafeJournalists.net network, whose Trade Union of Media of Montenegro is member, police’s action was condemned also by the OSCE Representative on Freedom of the Media, Harlem Désir, who expressed concern following the brief detention of a journalist who was covering protests in the city of Nikšić, in Montenegro.

“I am concerned by the brief detention of journalist Veliša Kadić while covering a protest in Nikšić. Journalists must be able to report freely and unhindered on demonstrations. There must be no restriction or obstruction on the work of the media reporting on events of public interest,” Désir said. The Representative called on the authorities in Montenegro to investigate the case.

The Representative recalled the “Special Report on Handling of the Media during Political Demonstrations: Observations and Recommendations” published by his Office, which among others, emphasizes that “law-enforcement officials have a constitutional responsibility not to prevent or obstruct the work of journalists during public demonstrations, and journalists have a right to expect fair and restrained treatment by the police.”

„Filming a protest in Nikšić brought the correspondent of Večernje novosti, Veliša Kadić, directly into custody! All his footage was deleted by the police. His eyes were sprayed during interrogation. RSF condemns an inappropriate use of force“, it is posted on their Twitter account.

Police action brough the attention of European federation of journalists.

„Journalist Velisa Kadic was detained for several hours in Montenegro while covering protests. He was also asked to delete video footage and was pepper sprayed“, they twitted.

The Western Balkan’s Regional Platform for Advocating Media Freedom and Journalists’ Safety – SafeJournalists.net – representing more than 8,200 members, strongly condemned arrest of journalists and completely unnecessary use of pepper spray. It joined its member, Trade Union of Media of Montenegro in requesting a quick and efficient investigation of this incident.

“By sanctioning the responsible ones, the police force will send a clear message to all its members that such treatment of journalists is not acceptable and is punishable. It also expresses gratitude for solidarity shown by other journalists who addressed the police asking for a release of their colleague”.

The case was also reported to the Council for Civil Control of Police Work, who announced investigation of all the circumstances of this incident.