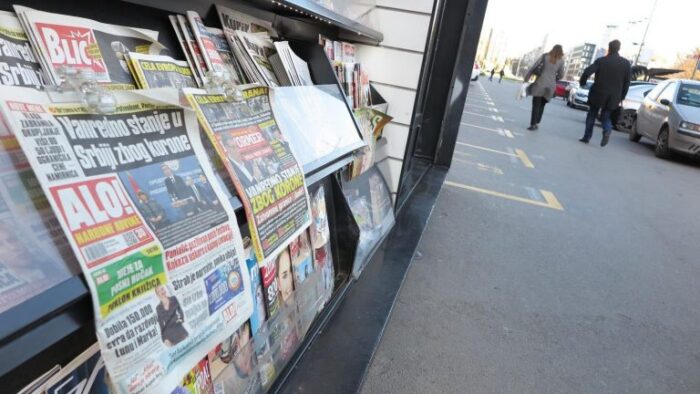 The Independent Journalists’ Association of Serbia condemns the attacks on journalists of local media that took place in the days before the elections and on the election day itself, and demands that the state authorities investigate the perpetrators of the attacks and threats and initiate court proceedings.

On the day of the elections in Nis, journalist and a photo reporter of Juzne vesti, Nikola Mitic and Matija Gacic, were verbally attacked, after they recorded people with voter lists in the schoolyard in front of a polling station. After completing the task, an unidentified person attacked them and tried to snatch their camera, with series of curses and threats, such as “delete those pictures” and “I’ll break your legs”.

In Kikinda, also on election day and in front of a polling station, a reporter of Radio DIR , former sports journalist of RTS, Sasa Mikic, was physically attacked, after he took statements from the members of the polling board. Three, for now, unidentified attackers hit Mikic several times on the head and body and inflicted serious injuries.

Other journalists from local newsrooms were exposed to pressures and verbal attacks also, such as TV Forum journalist from Prijepolje, Mirela Veljovic, who was targeted online. IJAS has entered all these cases into its database of attacks and pressures on journalists, and it will inform the competent authorities and international journalistic organizations about them.

These latest attacks on local journalists during the election campaign and on election day indicate drastically worsened conditions for normal work of journalists and that their safety is being increasingly endangered, which was especially manifested during the state of emergency due to the COVID -19 virus pandemic.

In the first half of the year, IJAS recorded an increase in the number of attacks and pressures on journalists by almost 80 % compared to the same period last year.