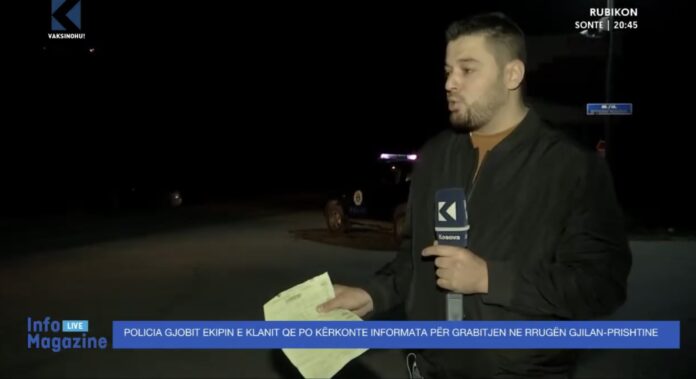 Kosovo Police initially obstructed and then fined Klan Kosova team, who went to the scene to report live about the armed robbery on the Prishtina-Gjilan district.

Journalist Flamur Gajtani, cameraman Arben Kajtazi and the driver Gazmend Salihu, were stopped and then fined for trying to take an alternative route to the scene.

Kosovo Police has also fined RTV Dukagjini team, journalist Mehmet Krasniqi and the cameraman Visar Kryeziu. This road was allowed to be used by other citizens, but not by these TV crews.

AJK condemns the obstruction of these teams, and calls upon the Kosovo Police to help journalists, and not obstruct their work.