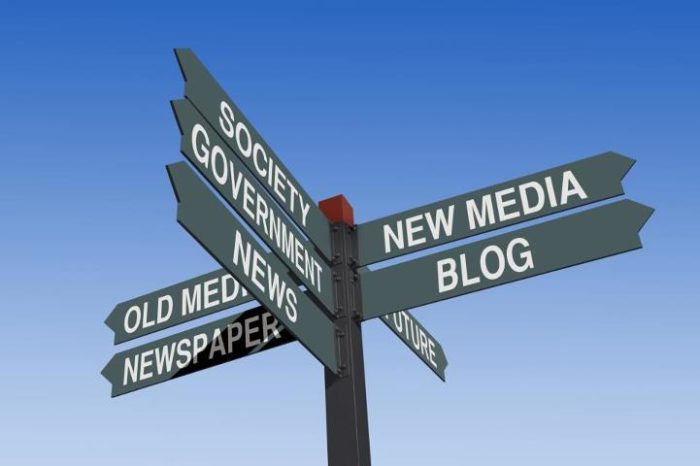 PODGORICA, 24.09.2019. – Once upon a time, and it was not long ago, it was enough to say “it was in the newspaper” and this fact alone had great weight. We trusted media, of course, it was also known what the media did not write or could not write about. There was talk of “unallowed” topics on the street, in the tavern, in the neighborhood. The increase in the number of media has also brought visible uncertainty and unreliability. The phrase “it was in the newspaper” didn’t survive.

That something is in newspaper or not has lost its significance and has become trifling and secondary. The lack of quality regulation and the lack of universal media self-regulation was undermined the reputation of the profession. Unknown problems become dominant and important. The professional challenges of media employees are becoming an increasingly big burden for the already weak shoulders of journalists. The media changed forms, ownership structures and editorial policies, and people remained as they are – with all flaws and virtues. A significant number of media have disappeared, especially at the local level. Small communities have been left without traditional media because of legal changes too. The fact that the state cannot be the owner of print media was a death sentence for most local newspapers. Local newspapers, with the honorable exceptions, have disappeared, an empty space has emerged, local topics and stories are generally not interesting for the so-called “big media”. Many locally important stories have gone unrecorded and doomed to oblivion. If a local newspaper had survived, it would have noted that a football player had played a game of life in a lower-class competition. The footballer would show his grandchildren a faded newspaper clip and say “that’s how I used to play”.

Fortunately, technological advances have made new local media appear. To a large degree, portals and improvised media platforms was offset the disappearance of local print media. New media have entered a new empty space, often insufficiently prepared. Micro-media (portals) appear on the edge between the blog and the media. Micro-media (another name for small local media) has many weaknesses, and the most common being under-educated journalists. Helping and educating journalists working for micro-media is very important and significant. Small environments often have such small capacities that they cannot create a decent framework for self-regulation alone. Local or micro-media are important so that the footballer in our story can show his grandchildren tomorrow how he has dealt with the most important secondary thing in the world. True, he did not play in the Champions League but he did play. Likewise, not all media can have a national or global significance and importance, but if they do not have a broader significance that does not mean they should not exist. Without the small media there not will be neither small nor big stories, which is important, to a smaller number of people, but still important.

Local media self-regulation at the local level is needed to preserve neighborhood decency and civility. It is important that the children of journalists can proudly say what their parents are doing. It is the duty of the professional community to assist the micro-media and through the education of micro-media they work on own professional development