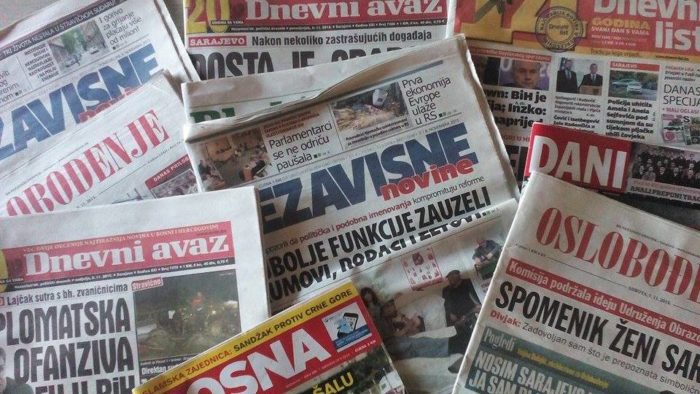 SARAJEVO , 10.05. 2019 – Roman agencies (Latin: agentarium) were first attempts of professionally paid corresponding role in business activities. In this text, we shall deal with commercial/media agencies as mediators in the big business of TV commercial advertising. We are interested in their beginning, structure, role, and significance they have in this growing commercial advertising market.

An average viewer and in fact, any viewer is not actually concerned with how commercial advertisement reaches them, whether the client forwards it directly through media or whether there is a mediator in this business, authorized to represent media agency. This is how things are shaped with average viewers. We, the people that professionally follow and do this business, are much more interested in details
of this issue.

Beginning or market as one of quite a perfect mechanism

Marketing agencies, at least it the shape known to the wide public, could be considered as new – age companies. Their beginnings may be tied with mass media developed during the second half of the last century. Mediating consists of taking the responsibility, the burden of establishing and forming the company, risk of failure but it also consists of keeping the part of the profit to themselves.

First media agencies emerged as clients’ need to lease advertising space more efficiently, cheaper and faster than before. As the commercial advertising field was developing, media agencies managed to developed tools that included planning, a better comprehension of requirements, habits, behavior and payment affordability of their clients (consumers). Looking at the present, rather complex media field, the role of media agencies has become crucial for more efficient communications. By understanding clients’ intentions to change their behavior and habits in time and that it emerges in the market during particular, often irregular, time intervals, particular intensity, which additionally strengthen the action of commercial marketing message, media agencies consequently appear as important and inevitable factor in complex and developed marketing cosmos.

Structure and organization or how diversities attract:

Any serious media agency is divided according to the following sections:

– The account represents the heart of every media agency. This agency part is directly aimed towards the client. It is in charge of budget “boosting”. It mediates on behalf of the client towards other organizational segments and works by the rule imposed by special marketing experts considered as superior entities in this particular field, namely respectable psychologists.

– Creativity. The core of this division consists of designers and copywriters. There are also arrangers, cameramen, editors, photographers, architects, etc. Experts are divided into teams. Clients should by default, become familiar with the creative capacities of their teams.

– Planning. This division is dealing with the conceptual fate of the company.

– Media. In case that the above-mentioned divisions completed their work fully, “media” shall follow. 80% of means (funds) goes to media leasing space. Divisions make sure that the message reaches all consumers in the most appropriate moment.

– Financing and common human resources issues. This division is in charge of identical activities as in any business entity deriving from the tertiary sector.

We can see that this is about a heterogeneous group of experts with different profiles whose task is to successfully complete the business, mutually and with the purpose of fulfilling and meeting clients’ marketing needs with multidisciplinary approach included.

What gains may we expect from media agency? Benefits, benefits and more benefits

Basically, media agencies should be looked at as a marketing information bank. The information concerns the following entities: (1) Clients – their business affinities (target groups, budgets, willingness and time interval where funds (means) are to be allocated, etc.). (2) Market – it finally anticipates wishes, desires, and necessities of end users, that is, consumers. We should not forget here the dynamics and changes, including their structure as well as the frequency of adapting to these changes. And finally (3) Media – structural analysis of viewership and listening audience of program, following and analysis of program contents and schemes.

Media agencies act as channels between the advertiser and buyer from one hand, and channels between the advertiser and media on the other hand. In this way, agencies provide their clients with the required information regarding the habits of end users and provide their own clients with the best possible leasing media space and using the best quality commercial advertising platform.

Taking into consideration that agencies in the market respond and reply as media buyers, they often, are capable of providing clients with more affordable financial terms and conditions, because they buy a significant amount of media space so, therefore, the client ends us with direct financial benefit.

What kind of challenges do media agencies encounter? Adapt or disappear!

Media agencies are experts who understand the changes emerging within the media environment. They, along with their clients have constantly been facing changes and adapting to the media field. During the period of last ten years, this kind of changes has been intensified with the tendency of acceleration and enlargement. Close ties and cooperation with technology orientated companies (Google, Twitter and Facebook, etc.) make messages imposed by marketing companies become clear.

Aiming directed groups, understanding messages, their beforehand delivery to users (consumers) are some questions to which successful media agency must respond and reply by providing thorough and detail – tailored answers. We should also mention the existence of competitive, better and larger companies.

A short review of advertising reality in BiH market

The absence of clearly defined legislative, lack of structural association that would, in a most qualified way, protect the interests of a commercial advertising industry, disloyal commercial advertising competition form regional countries, the financial crisis which hit the BiH market, since 2009, altogether represent just many of the aggravating factors that media agencies, media houses, and commercial advertiser have been facing.

Legislative that relates to commercial advertising is mostly a constituent part of the set of documents that was once released by the CRA of BiH. However, these documents consisted of guidelines that concerned certain ethical principles which again have been part of markets in developed countries. Modern and comprehensive law on advertising is not in use though and the reason for this is the fact that there is no principle – based pressure which should be imposed by experts onto legislative bodies. Even the period of twenty years was not enough for representatives of this particular industry to sit and have a discussion so they could articulate their own interest and appear as legitimate partners in bringing and passing legislative framework that would eventually regulate the
business in the commercial advertising industry.

Even apart from the above-mentioned facts, the amount of invested means into advertising field has, since 2013, increased by some 2,8% on an annual level, although retail price rates of commercial advertising TV space has decreased. This is a result of the common financial crisis, including pressure imposed by particular large – scale advertisers to get more for less. These anomalies shall continue to grow and increase until clear rules of this
game in the advertising market on one hand, and, on the other hand, business in this particular field reaches its maximum liberty.

This text is a part of E-Bulletin– ninth edition of special serial of BHN online bulletin implemented through the “Media and Public Reputation” (origin. “Mediji i javni ugled”) project, also representing a contribution to public debate regarding the transparency of media ownership and upholding and encouraging the passing of set of laws aimed to advance media field and information market in BiH.