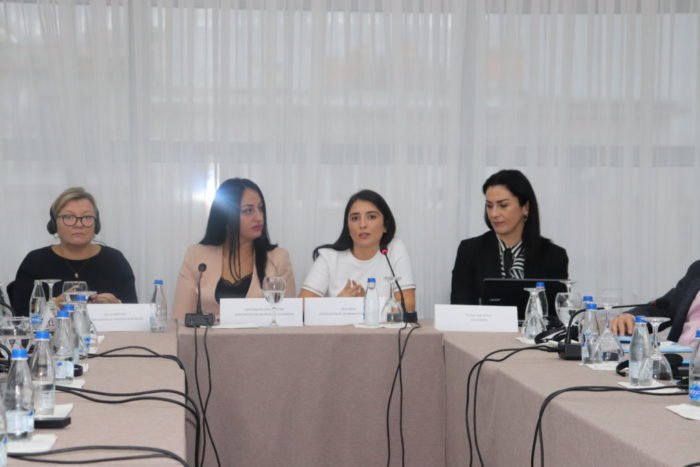 The Association of Journalist of Kosovo

PRISTINA, 04.11.2019 – The Association of Journalists of Kosovo in cooperation with UN Women started the trainings for central level journalists on the topic “Media as an instrument of peace.”

The first training is organized in cooperation with the Finnish Embassy in Kosovo, and it was opened by remarks from the Finnish Ambassador Pia Stjernvall, the Chair of the Association of Kosovo Journalists Board, Gentiana Begolli Pustina, as well as Head of UN Women Kosovo Office Vlora Tuzi Nushi.

The lecturer of the first training is Susanna Inkinen, Media Advisor at the International Media Support organization and Founder of the Afghan Journalists Safety Committee.

These trainings aim to expand the knowledge on the topic of ‘Conflict Reporting and the Role of the Media in Peacebuilding’ and to strengthen the capacities of journalists by applying a more correct approach in their reporting on conflicts, while also focusing on a gender perspective.