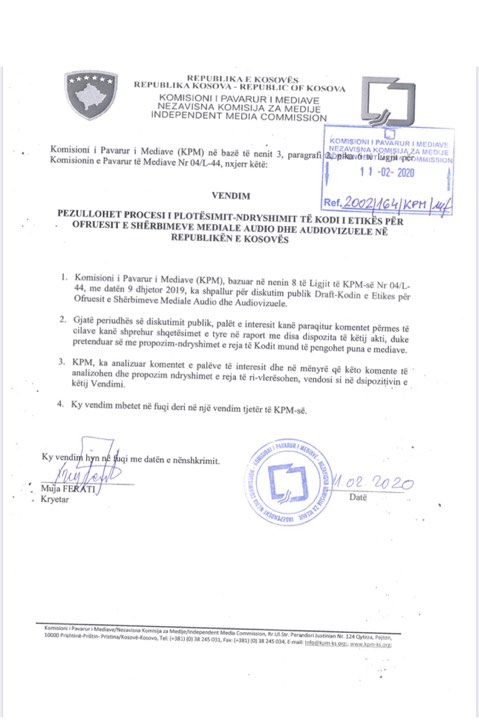 PRISTINA, 11.02.2020 – Following concerns raised by the Association of Journalists of Kosovo, media lawyer Flutura Kusari and various local and international organizations, the Independent Media Commission has decided to suspend the process of amending the Code of Ethics for Audio and Audiovisual Media Service Providers.

The IMC, in a decision dated February 11, 2020, clarifies that it has analyzed the comments of stakeholders and in order for those comments to be analyzed and new draft amendments reassessed, it has suspended the procedure for amending the Code of Ethics.

AGK together with Ms. Kusari, who has consistently followed this process, welcomes the withdrawal of the Independent Media Commission from the initiative to amend the Code of Ethics, which would, among other things, completely ban court reporting. The proposed changes would substantially infringe on the right to freedom of expression and freedom of the media.

We ask the IMC to undertake other by-laws with the proper involvement of journalists and civil society organizations.