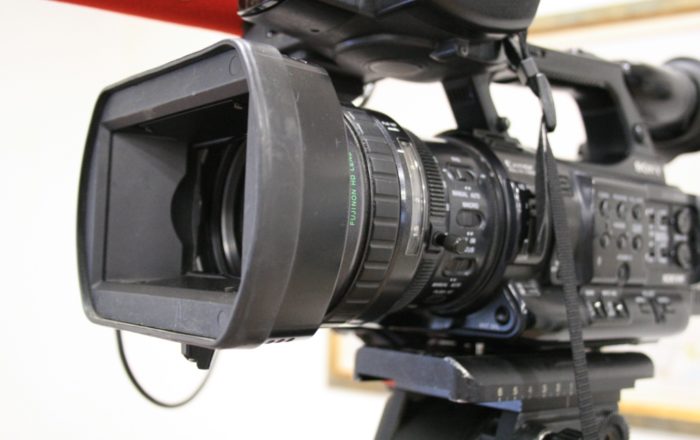 SARAJEVO, 8.2.2019.-Local media role is indeed significant for any community or society, but its sustainability and prevalence shall remain uncertain because local communities (municipalities) in BiH keep reducing financial budget means and funds that should be allocated to media houses from year to year.

Constant income decline, deriving from commercial advertising, due to poor economic state and situation in BiH and also, due to vast commercial advertising opportunities available on the internet, also represents an additional problem, as far as this particular issue is concerned. The state of local media houses also varies from one local community (municipality) to another, since they are the financiers of these media houses.

Considering that there is no law provision, clearly defining and regulating the issue of local media financing, local authorities make their own decisions regarding the amount of money they plan to allocate to public local media houses. There are very few local communities (municipalities) that are capable of financing more than one media house, mostly radio stations and periodic printed media (on one hand), while on the other hand; local TV stations almost completely vanished from the market. With the expansion of the internet, we noticed an increasing number of local internet and websites and their functional work and operations do not require significant financing grants, including equipment and transparency as well.

As far as the number of media houses in Foca municipality is concerned (and the population of Foca is around 20 000), the situation is quite poor, because there is only one local radio station and the number of local websites (and they operate on copy-paste news principle) is increasing. A two – month local community (Foca municipality) bulletin was the only printed media for years, but its last edition was published a few years ago, while local TV station was shut down in 1998. During the period of the last couple of years, an increasing number of local websites has been noticed, so along with the official Foca municipality web site, there are also many local websites, including Radio Foca, Foca24.info, Focak.org, Foca.live, Foca.Informer, Foca.Zurnal, as well as Foca News web site.

The number of these media houses does not necessarily mean that there is a pluralism of information present, including opinions, views, and contents in general. With the review of contents and programs, that the above-mentioned media plan to launch, it is clear that only Foca Radio announces and releases news, while other web site media simply take them and often do not even mentioned their original sources. Radio Foca web site broadcasts current news from the local community and these mainly include service and utility information, reports on cultural events and venues, including sports activities.

Foca24.info commenced with their work as a first independent information web site and as a result, they have more viewers than any other local web site, including Facebook followers. However, the fact that contents and posts on this web site are identical to those posted on Radio Foca official municipal web site, is indeed slashing. The basic difference is that the number of commercial advertisers on this particular web site is significantly larger and accordingly, so is the number of viewers watching posted texts or articles. On the other hand, there is no Impressum on this local web site, although almost everyone in Foca knows that Mr. Srebrenko Kunovac is the owner and entrepreneur of this local web site. He is also the member of the local assembly in Foca Municipality, which clearly indicates that his web site can be used for political purposes and goals, especially during the pre-election period. Non – transparency also represents a great problem for local media houses and ponderousness of broadcasted and posted information. With an exception of Radio Foca, as a public local media house, almost all other media houses operate quite anonymously.

Illegal websites with no Impressum posted where they should be, emerge on daily basis and their financing sources and potential political influence is almost impossible to detect. In such non – transparent and in terms of legality, unsettled and messy space, a room for manipulation is wide open, including the accomplishments of economic and political interests, but it is also open for sharing untrue, incorrect and unchecked information. Even if only true and correct information is posted, it does not guarantee the pluralism of views and opinions and reviewing of the truth from different perspectives. That is how we get one-sided and uniform – based reporting and self and auto-censorship additionally diminishes the integrity of journalism as a professional occupation.

Discussions regarding the absence of ownership transparency in the media field in BiH have become frequent, however, as far as the legal legislative is concerned, there have been no concrete steps forward regarding this issue. Apart from the transparency issue, regarding media ownership, it is crucial to provide the general public with the information, in relation to financing and spending of public money allocated to local media houses.

Radio Foca officials reckon that “taking the issue of financial reports during the local municipality sessions into serious consideration, outlines and highlights multi-purpose transparency as far as the spending of public budget money is concerned”. However, this can be considered as partial transparency, because Entity based laws on public enterprises define that all public enterprises and institutions, which includes public media houses, are requested and obliged to provide information regarding their financial business and they should make the information available to general public. Although public media receive and spend public money, the reality proved that these media houses usually provide financial reports only to governing structures that directly fund them.

There is no business report available at Radio Foca web site, but the official Budget Report for 2017 is available at official Foca Municipality web site. This report includes information regarding the expenditure of allocated amounts to the Culture and Information Center in Foca with Foca Radio as a constituent part of this center. According to relevant information, the most significant amount of money has been allocated for monthly employees’ wages/salaries, including superannuation costs, while the least money amount has been allocated for purchasing of material and equipment.

The information regarding the inner organizational chart, human resources, state of equipment and implemented programs are unavailable for the general public. It would necessary to raise public awareness regarding this particular problem, but due to lack of media literacy, including the importance of professional and transparent reporting, as well as business operations by media houses, this specific problem has never been taken into serious consideration.

This text is a part of E-Bulletin– eighth edition of special serial of BHN online bulletin implemented through the “Media and Public Reputation” (origin. “Mediji i javni ugled”) project, also representing a contribution to public debate regarding the transparency of media ownership and upholding and encouraging the passing of set of laws aimed to advance media field and information market in BiH.