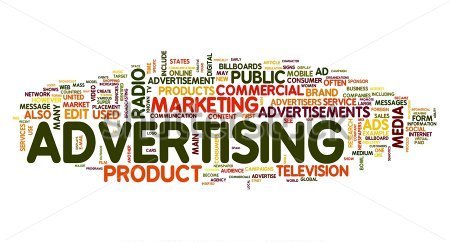 Media market in BiH is obviously undeveloped and non – transparent and in this text, I shall not focus on media houses and their politics and policies as these are mostly politics imposed by media owners / entrepreneurs and politics of those to whom the owners pledge their loyalty.

As far as commercial advertising is concerned, the existing non-transparency seems to be the biggest problem in this field. At present, one could hardly be certain and guarantee that the information regarding the audience viewership, readership and number of listeners, provided by media houses are actually genuine and true.

Viewership / audience measurement of television programs is crucial to commercial advertising. Ever since the measurement process in BiH is under the competence of Audience Measurement (AM), many parties involved are convinced that the provided information are actually not true, that is, they are biased and false. This was particularly evident when someone released the information about one of the AM owners that at the same time proved to be the owner of one of the local television station. They supported their suspicion by stating that audience viewership results and figures, for his particular television station, rapidly grew and significantly increased. Elimination of their competition companies by the AM, was based upon the legal act passed by the Institute for Measurement, as this act defined and determined that all measuring devices (instruments called people – meters) used for audience measuring, must be calibrated and serviced every six months in accredited laboratories only. Taking into consideration that AM is the only entity disposing of this kind of specific laboratory, they (AM) are thus the only party where people – meters can be calibrated and serviced. Naturally, the competition refuse, under any circumstances, to have their instruments measured in this laboratory, allowing thus their direct competitors to have access to confidential information and accordingly the suspicion regarding the functionality of the instruments being subject to service may arise. This particular act is hence illegal, irrational, and illogical and as such, it exists only in Bosnia and Herzegovina. However, Mr. Dzemic, director of the Institute for Measurement in BiH, supports and defends this law by all means necessary for reasons that only he is aware of.

As far as printed media houses are concerned, information regarding printed, that is, sold editions, represent crucial point and no one can determine precisely the number of sold editions, because there is no audit in this particular field. ABC, organization conducting the audit of printed media editions has its members throughout the region, but not in BiH. ABC slogan is: “Do not advertise in media with no audit because they lie to you”. Printed media that do not allow audit of their editions actually do this for a single reason only: they do not want to release exact figures in public. This means that they lie and provide false information.

15 years ago European Commission organized first conference in Sarajevo, with the purpose to introduce the ABC audit. The attendees included directors and entrepreneurs of local printed media houses. ABC female director from Poland presented the idea, mission and goals of ABC. This particular period was considered as the golden era of international level donations where significant means and money had been allocated and donated to numerous media houses in BiH. Only this time, the focus was not on money donations of any kind. Consequently, when the owner / entrepreneur of certain media house suspected that the aim of this conference was not focused on money donations, he stood up and shouted:”Please tell us all here today if you are going to donate some money to us today. If not, I am leaving this conference, because I am not interested in any of this”. Naturally, he received nothing from the ABC.

MARECO also tried to do something about this issue at certain point, however, no printed media houses wanted to join in and became members. Therefore, they lied when they released the information regarding the sold edition figures. For instance, in Croatia, no printed media operates outside the ABC, because it there were, no company would want to advertise in such media house.

Non – transparency with commercial advertising pricing also represents a great problem. I am certain that any media house, drafting and planning their budgets, aimed for commercial advertising purposes and media house that has access to price lists for commercial adverting with local TV houses, could easily count on up to 70% lower prices from those indicated in price lists and this should eventually result in a success. TV houses reduce their prices to a ridiculous level in this ruthless competition combat, struggling for every single euro as a result. Price reducing eventually presents every party with loss. Eventually, advertisers that ruthlessly suffocate and pressurize media houses shall be the biggest losers in this process and this is why most media houses have insufficient funds to pay decent and reasonable wages to their journalists. Their journalists accordingly write and publish negative, non-affirmative articles and texts, as a result of such depressive working environment. Bad and negative news create fear with viewers and listeners as well. A scared person spends less and advertisers’ benefit is thus reduced, although it was advertisers (from the very beginning) that had caused such situation in the first place. The state itself also loses a lot of money, since (according to certain information, based on an unofficial survey conducted), the state budget income shall be decreased by over BAM 7, 00 million of tax money, because the amount is calculated on lower process of media space loaning.

Agencies find almost impossible to avoid their part of responsibility for exceptionally poor state in commercial advertising market. Most of them are not ready for large–scale processes, primarily in the industry development. Big advertisers mostly take all the risk here. No one seems to be investing in the market of small and medium enterprises and to invest in their advancement, so they could eventually become significant party on the market in the near future. Once they become significant, they become very hard to convince about the importance of commercial advertising on the market. They become big and important without commercial advertising. We have certain cases in BiH that illustrate this occurrence. Both Bill Gates and Steve Jobs started with their careers from their garages, but no one in BiH is interested in such stories. Small advertiser portfolio seems insignificant and not desired by anyone; clients usually want the whole cake and they want it immediately! These kinds of clients represent a limiting factor in the process of commercial advertising industry, because their attitudes, as far as the issue of commercial advertising is concerned, represent their lack of character. They are simply nothing.

Still, the biggest responsibility of media houses, agencies and advertisers is outlined through the fact that they keep refusing and rejecting the establishing of advertising industry association in Bosnia and Herzegovina. The regulation itself, which represents the fundamental task and assignment of any association, is crucial to development of commercial advertising industry. SOS (Slovene Adverting Chamber), HURA (Croatian Association of Communications Agencies) and UEPS (Serbian Association of Marketing Communications) are all in charge with regulations only as far as this field is concerned. Complete absence of such associations or organizations in BiH confirms the fact that BiH market, by its scope and quality, significantly lacks behind the above mentioned regional markets. Only UMI (Media Industry Association) exists and operates in BiH. However, this cannot be considered as proper association; it is more like a trading association whose members gather around only when they have to share the costs regarding the information on audience viewership, as far the television program is concerned and nothing more.

Three years ago, Sasa Savic, MediaCom director, a leading American media agency, gave a lecture in Sarajevo. Sasa was born in Sarajevo but has been living in New York City for years and three years ago he was awarded most successful media figure in the USA for accomplished business performances. After delivering an inspirational speech, the questions by the participants followed. Director of local Sarajevo – based media agency raised the following question:”L’Oreal in Germany disposes of significantly bigger budget means and money for commercial advertising and they allow and approve their marketing agency in Germany better commission fees that what we get in Sarajevo for the same work. Both their budget and commission fees are thus bigger than ours in Sarajevo. How can we possibly fight with this obvious discrimination”? “Establish association, determine your rules and insist on their implementation”, Sasa replied shortly.

As far as the process of passing the laws is concerned; laws that should regulate relations within the commercial advertising industry, the association can be the only relevant and competent party, recommending the appropriate and adequate laws and no other party. Laws are passed so they could fulfill someone’s interests. It could be state, its citizens or some other interest –based group. Advertising laws can be passed by the association that works for the interest and benefit of the industry and not the individuals that are in advertising business; instead all experts in this industry should be involved in passing the laws. I am afraid that the initiative regarding the passing the Law on Advertising, was launched by the foreigners. There are many reports in this field confirming that many local agencies have become skilled in withdrawing and taking the money from foreigners based in BiH. If these agencies manage to receive budget money in the future as well, and create and recommend laws so that money could end up on their accounts, I am afraid that we may conclude with discrepancies in the forthcoming laws that would eventually ruin and worsen already poor and bad situation of what we have today.

This text is a part of E-Bulletin– fifth edition of special serial of BHN online bulletin implemented through the “Media and Public Reputation” (origin. “Mediji i javni ugled”) project, also representing a contribution to public debate regarding the transparency of media ownership and upholding and encouraging the passing of set of laws aimed to advance media field and information market in BiH.