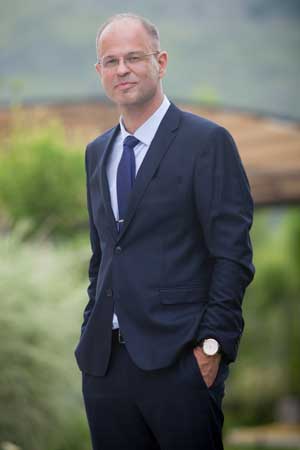 PODGORICA, 15.01.2018. – The High Court in Podgorica sentenced investigative journalist Jovo Martinovic to 18 months in prison for the criminal offenses of creating a criminal organization and the unauthorized production, possession and trafficking of narcotic drugs.

The judgment is the first instance and an appeal is permitted. Martinovic spent 14 months in detention and in January 2017 he was allowed to defend himself from freedom.

The European Federation of Journalists (EFJ), the European Center for Freedom of the Press and the Media (ECPMF) and the Index on Censorship, Osservatorio Balcani e Caucaso Transeuropa (OBCT), Ossigeno per l’informazione have condemned the conviction.

As judge Vesna Pean said during reading of the verdict, Martinovic, as a member of the criminal organization, used his “journalistic links to connect the three indictees”.

From the beginning of the trial, Martinovic claimed that he was innocent and that he worked on a documentary film in which his interlocutor was Dusko Martinovic’s, who is first indictee.

“Today’s verdict in Jovo Martinovic’s case, unfortunately, again showed that the Montenegrin courts do not understand the nature of journalistic work. We believe this is one of the reasons why Martinovic was found guilty. In the course of the proceedings, the prosecution has give up from part of the charges, and it was expected to find him not guilty when it comes to alleged involvement in a criminal organization,” said Marijana Camović, President of the Trade Union of Media of Montenegro (TUMM).

EFJ, ECMPF and their pertner organizations suspect that there was political pressure on the High Court in Podgorica in the Martinovic case, and that this was of imense importance to the decision. They requested an urgent acquittal and invited the Court of Appeal to annul the second degree verdict, since all the charges against Martinovic have to be rejected.

Martinovic is a research journalist since 1999 and has mostly dealt with topics related to organized crime, corruption and human rights violations, including war crimes in the Western Balkans. He was arrested on October 22, 2015 on the orders of the Special State Prosecutor while working on a documentary film for French Canal + TV on illicit arms trafficking from the Balkans to France.

EFJ and the IFJ sent a letter to the Prime Minister of Montenegro on April 4, 2017, expressing their serious concern over the trial of Jovu Martinovic, accused of alleged membership in a criminal organization, despite convincing evidence that he was a journalist.