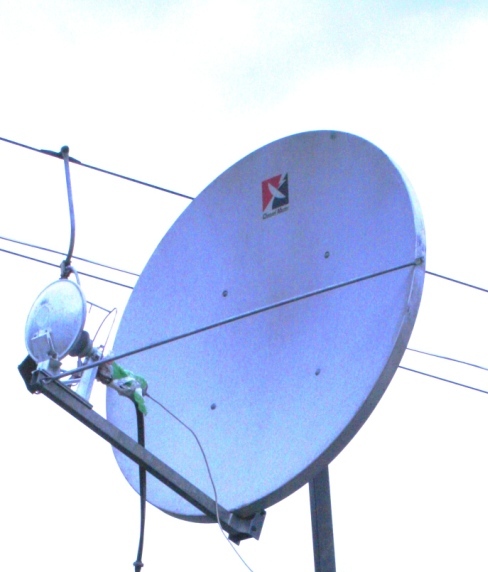 SARAJEVO, 13.03.2019.-Bosnia and Herzegovina, as one of the smallest European countries, has (relatively used) tourist potentials, export of goods and services in several branches (fields), relatively solid but unfortunately, due to low value of labor force, food industry whose potentials are limitless, and, above other things, media industry, but it has no possibility to use their full potentials.

I do not want to talk about print houses too much. Basic problem is that the figures, concerning edition quantities, have for a long time been considered as unreliable and non – transparent. On the other hand, readers are convinced that most print houses are “dying off”. Because of this, potential clients` interest in commercial advertising is rapidly decreasing. It is obvious that print houses bear the greatest and biggest responsibility for this particular situation. The situation in Europe, in terms of print houses, is not as dramatic as here in Bosnia and Herzegovina. At a certain point of time, budgets in the world also experienced an evident decline, but the general trust managed to return to their readers. Of course, print houses shall never have budgets that they used to have during the last century.

The present situation, state, and development seem as great enigma not only to users (consumers) but also to those that create information, that is, to digital media sources. Possibilities are countless and unused, ideas that big creative teams can implement can be seen and we cannot see the end of this specific type of communication with users (consumers). But the problems in BiH are just the same as any other sector. You cannot register web sites anywhere because you can register your domain anywhere in the world. You can register your company and issue invoices for marketing services on the same web site.

Therefore, this web site is not registered under the name of this company, instead, it is virtually registered somewhere in the world. You cannot see the Impressum and hence cannot see the details regarding entrepreneurs (owners) of this web site including editors, news editors and those responsible for posting news and details about who shall be held responsible pursuant to BiH legislative provisions and who shall, if necessary, be accused of defamation (libel) etc. Therefore, the web site is operating in a completely illegal way; they can do whatever they like, as they mostly post and copy fake news, but still, they do benefit from the media cake in BiH. Clients are above anything else, mostly interested in whether the public talks about the above-mentioned web site and whether this web site can be considered as “in trend”.

They have no real view of the actual situation, real rating and according to this and pursuant to discount rates, they decide where they shall direct their financial means for commercial advertising and marketing purposes. Tens of web sites indeed do obey professional journalism, including obeying of present legal provisions, respecting market rules and to some extent, they do obey copyrights and these can surely have a bright future. As far as commercial advertising on other digital media sources in BiH is concerned, clients in BiH face the problem with general ignorance and unprofessional approach to financial budget allocations. Certain clients are convinced that digital sources are good enough to create communication with consumers and that registering your facebook page is sufficient as well, in order to complete the business campaign. However, what they do not know is that the work actually begins at this point.

There are very few entities that operate and work pursuant to BiH legal provisions. Those that on one hand register their companies, obeying entire BiH legislative, mostly obey legal regulations related to setting the positions on the other hand. Besides, in BiH there is no legislation as in most European Union countries because outdoor positions can be set anywhere you like. Hence, we have a countless number of these commercial advertisements attached by the road signs in urban areas, but also outside urban areas too and these sites can be seen only in the Balkan region and nowhere else. Unfortunately, clients are not interested whether you dispose of required documents for advertising position concerning its illegal point of view; instead, clients are mostly interested where their signs are set and posted, including the prices.

BiH radio stations managed to survive first “assaults” launched by alternative media houses and there are many reasons for this. In this particular part of the media industry, you have no possibility of illegal registration and illegal work. The CRA issues a permit, monitors and supervises technical conditions and also controls program contents. In regard to marketing budgets, anyone is entitled to their own budget part and almost all parties involved are eventually satisfied to a certain extent and level.

Television has remained the strongest media source in BiH and in the world too, by both the impact and influence it has on the audience and by the consuming time, but also according to the budget rate. However, the toughest competition in BiH is in this particular business sphere, which includes enormous damping prices, most unsuitable business atmosphere, comes from illegal marketing strikes launched from neighboring states etc. Some decided to start this kind of business mainly for profit making, some did it because of political goals, and I have a feeling that third group decided to launch TV business because they had nothing better to do.

You can do business in BiH as you like without any problems. You can register an offshore company anywhere in the world and once you get a license to broadcast the program in this country, although you actually produce the program in BiH with known address and familiar employees, that is, BiH citizens with local guests in the program. Therefore, everything is actually targeted to BiH market, but form a legal point of view, you have absolutely nothing to do with BiH. Additionally, you could come in handy to cable systems in BiH since these cable operators do not obey BiH legal provisions. The above-mentioned media houses, on the other hand, have the opportunity to sell their marketing space and room and accordingly, expand in terms of taking over the marketing share in BiH media market.

These cable channels, apart from marketing incomes, also have additional incomes in BiH, deriving from the sales of rights to cable operators. This is referred to as the sale of contents. The presumption is that there is around BAM 80, 0 million included in this business segment. If you add marketing budgets that flow away or amounts that have (because of this anomaly significantly decreased in BiH), TV media market in BiH loses over BAM 100, 00 million as a result. On the other hand, public services, particularly Federal Television which is considered as the biggest “commercial” media house in BiH, and which dictates the market rules, is the leader as far as “damping” prices are concerned, ravaging down the BiH market. Recently, one email message reached the most significant media houses in BiH, where one BiH agency was sending reports about its international client.

From this message, it was clear that the GRP price at Federal TV was disgracing EUR 20, 00. The prices provided by OBN and PINK BH were higher than EUR 30, 00. FTV began with this particular policy in 2010 which could be marked as the beginning of prices distorting with all media houses, not just on TV. When client see the price provided by most viewed media house, according to research and survey conducted in BiH by Nielsen/Audience measurement, then international clients with other media houses, including radio, printed media, web sites, outdoor, etc. decrease their budgets and media are hence forced to lower their prices.

Prices in GRP in neighboring countries range over EUR 80, 00. The question is why FTV sells the services they provide for such low prices? They do not pay taxes and legal contributions (pension and retirement funds), they do not pay their duties towards BHRT; their debts reach tens of millions of BAM. They only pay their employees monthly salaries and wages and pay for foreign programs and no special intelligence is required in order to be “successful” in this sense. The worst thing is that state institutions, by remaining silent to this problem and turning their blind eye, omit to control this problem and thus support illegal actions, including disloyal competition presented to other media houses. By having this completely liberal way, mostly in television contents, the point is that we failed to protect domestic and local culture, art, political and economic life, because the influence deriving from foreign media has changed the consciousness and public views and it is changing the language on a daily basis, especially with younger generations.

It is well known that when clients negotiate about terrestrial and cable TV stations in Belgrade and Zagreb, and if they agree mutually about the satisfactory budget, they get BiH market for free. All in all, media service prices in BiH are settled in such way so anyone making and drafting plans for the forthcoming year is certain that they will not reach their business plans and incomes, and incomes plan cannot be decreased. In the beginning, you are almost certain that you won’t be able to pay your employees their monthly wages and salaries or that you won’t be able to pay taxes and legal contributions (pension and retirement funds). Commercial media have permanently been controlled by inspection official authorities and you cannot get away with paying for your duties (taxes included), as oppose to public service broadcasters.

Therefore, not all media houses in BiH are working under equal conditions. Media houses operate detrimentally to professionalism and all rules set by objective professionalism. For how long can this situation last? The only solution I see is that we have more media (including oriented media houses, electronic media, outdoor media, new media, associations etc.) that would eventually change their prices and business conditions and to try to make certain joint – based sales, even if it means taking a risk of having complete failure. Someone has to make cuts and say ENOUGH is ENOUGH.

This text is a part of E-Bulletin– ninth edition of special serial of BHN online bulletin implemented through the “Media and Public Reputation” (origin. “Mediji i javni ugled”) project, also representing a contribution to public debate regarding the transparency of media ownership and upholding and encouraging the passing of set of laws aimed to advance media field and information market in BiH.