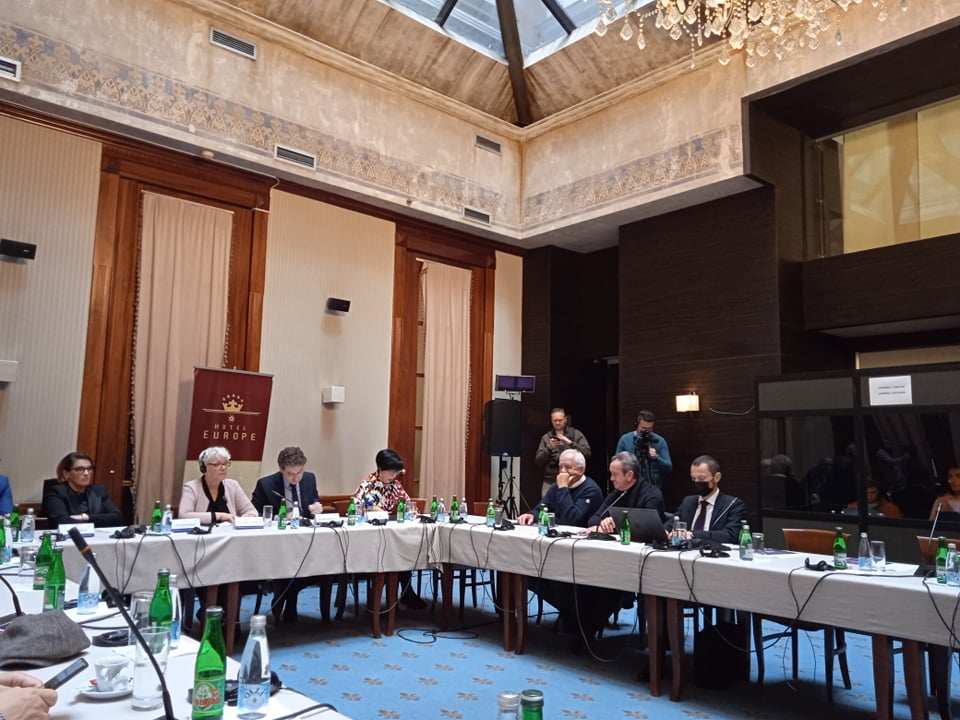 SARAJEVO, November 12, 2021 – Are the requests for deleting articles, which are increasingly arriving at the addresses of the newsrooms in BiH, in fact post-festum censorship and the attempt to “rewrite history”, and why denials often turn into polemics with journalists were the main topics of a panel discussion held today in Sarajevo, organized by the Center for Investigative Reporting (CIN) and the Balkan Investigative Reporting Network of Bosnia and Herzegovina (BIRN BIH).

According to organizers Leila Bicakcic, director of CIN, and Denis Dzidic, director of BIRN BiH, we have recently witnessed the emergence of trends that change the traditional approach to journalism, which are manifested, among other things, in the emergence of new media and new forms of reporting. At the same time, new forms of pressure on the media are emerging, which threaten to significantly disrupt the already poor position of independent and professional journalism.

Very often, due to insufficiently defined or partial interpretation of the applicable legal framework, the media are asked to remove the content and publish various forms of denial that threaten to severely restrict freedom of expression and freedom of the media.

“In the public space of BiH, the so-called shrinking space or narrowing the space within the media content is present even when it comes to presenting true and verified information, but the one which harms a certain center of power”, said prof. dr. Lejla Turcilo from the Faculty of Political Sciences in Sarajevo.

She reminded that according to the Law on Protection against Defamation, it is possible to request the deletion of certain contents from the media, but only in case that certain allegations are untrue and incorrect.

“However, if the requests for deleting texts become a mass phenomenon, in 20-30 years it will not be possible to find any data in the media archives about the numerous events that are happening now in our society”, warned professor Turcilo.

Lawyer and expert in constitutional law prof. dr. Nedim Ademovic believes that the requests for deleting facts from the media archives are legally unfounded.

“There is no legal norm that allows such a thing. However, we need to consider whether there is a circumstance that would justify such a request based on the protection of the right to privacy, which includes the right to a person’s reputation. I don’t think history can damage a person’s honor and reputation, except in cases where the media selectively tries to disavow the public and create the wrong image – for example, if you just write about someone being accused of a crime or being tried, but not that he was acquitted of the charges”, says Ademovic.

Lawyer Vlado Adamovic thinks the right to be forgotten must also be respected.

“The consequences of human mistakes in life must have an end because they also have an end in the legal sense”, said Adamovic.

Participants in the discussion concluded that the unprofessional approach of some media and journalists greatly generates demands for denials and deletion of the content and that by respecting ethical standards and professional codes of journalism, such bad practices could be avoided.